The second day of POINT 5.0 conference started with introductory remarks from Darko Brkan from Citizens Association “Why not?” and a short footage commemorating Michael Bauer. 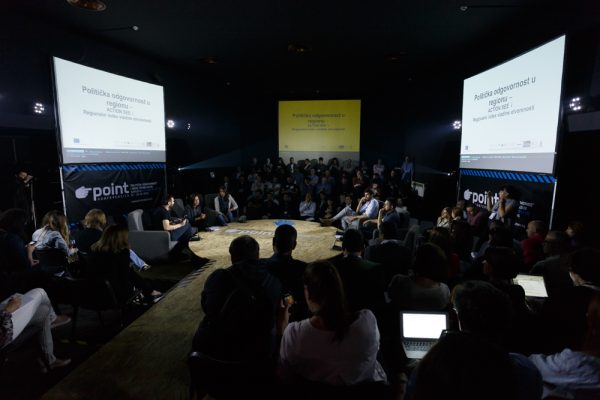 Brkan presented some of the main topics of the Conference. Compared to the previous POINTs, this year’s conference is by far the one with the most guests, speakers and countries represented.

The first session was dedicated to government transparency in the region and it brought together the representatives of the organizations working on creating the Regional openness index.

Tamara Resavska from Metamorphosis, Macedonia, presented Action CEE Network. According to Tamara, “good governance is the key to the rule of law” and it is crucial to raise awareness in terms of good governance, to facilitate cooperation within the civil society and the media and to motivate civil society to “tackle bold issues”.

Democracy is generally seen in the region as limited to elections only, and citizens tend to believe they cannot influence the decision making process. One of the Action SEE’s objectives is to empower them and change that attitude.

Milena Gvozdenović from Center for democratic transition, Montenegro, presented the Regional openness index, joint project of all the participants in this session. Its main focus is to asses how open the governments in the region are, and how transparent the institutions are. The assessment is based on the information of the institutions, their budget transparency and public procurement. The methodology should enable CSOs to assess their willingness and capacity to implement the reforms. Around 400 institutions in the region should be assessed in the following period. The recommendations and guidelines will be published afterwards. 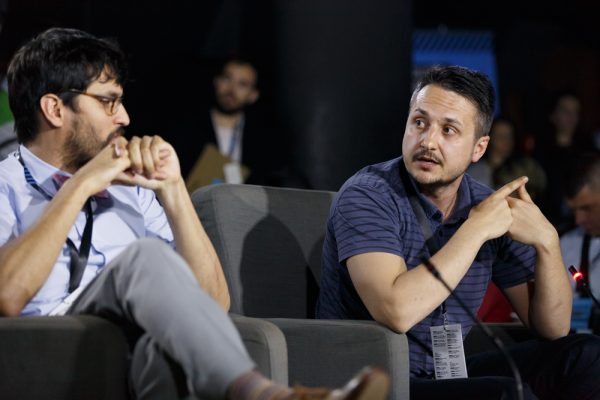 Georges Labreche from Open Data Kosovo stressed the importance of including the media in the creation of the Index. According to him, the media are crucial for presenting the research findings, but so far CSOs and media tended to have bad cooperation.

“We feel that the media have a larger role to play in promoting the rule of law”, said Labreche.

So far, the media in Kosovo have been “allergic to cooperation”, and prefer “stealing” ideas, whereas his objective is to include them from the beginning.

Dušan Jordović from CRTA, Serbia, is “not happy” for still having to work on this kind of project, after more than 20 years of the countries of the region being independent.

“Problems have not changed in those years: accountability is on a low level and there is practically no transparency”, said Jordović.

He talked about the importance of motivating smaller NGOs to join the project and of promoting it within CSO. Conclusions will be gathered into a road map for the institutions, with directions on how they can work together with CSOs.