One of the speakers at the POINT 7.0 Conference will be Adam Chodikoff, a Senior Producer with “The Daily Show with Trevor Noah”. Adam has been working at The Daily Show for 22 years, which translates, as he said, into 22 years of friends, neighbours, and random passers-by asking him, “So wait, you’re not a writer? So what exactly do you do at the show?” 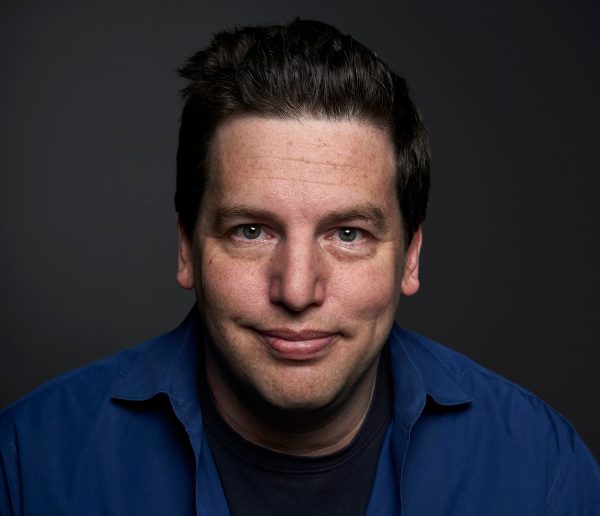 Adam usually replies by mumbling something about research and fact-checking, then slinks away. Hopefully, this lecture will allow him to elaborate a little bit more on his work.

His presentation, “The Daily Show – The Synthesis of Facts and Comedy”,  is scheduled for Friday 18th of May at 10:30 AM. However, he found some time to answer on a couple of questions before he attends the conference.

The obvious answer is that President Trump is unprecedented in his, shall we say, relationship with the truth. Fact checking was always important, but, since the election, its importance has zoomed to its zenith. What I want to guard against is the assumption that EVERYTHING that comes out of his mouth is wrong – when he’s right (or in the approximate ballpark), that should be acknowledged.

Whether it’s politicians or the media, I still use the same methodology – reliable, non-biased sources, peer-reviewed studies, government reports, Nexis, and let’s not forget – the Almanac.

The work process is astonishingly not that different – I’ve had Nexis right from the beginning, and I still adhere to the same basic trusted sources. Tech advances have helped the show most in the physical procurement of video clips – not necessarily the research of finding the info on the clip, but being able to “grab” the clip quickly.

That’s more of a writer’s question, but sure it’s tough – Trevor has excellent instincts, and he’ll pass on a topic if there’s no comedic value.

We have a whole video team – I watch all the boring stuff on CSPAN (hearings and debates), plus all five Sunday morning shows. The more policy-oriented, less sensationalistic stuff. Thanks to social media, there’s really no need to monitor 24/7 – if Wolf Blitzer drops his pants on air, the world will know instantaneously.

I try to read as much as I can before the 9:40 am meeting with Trevor and the staff – I want to be prepared for any questions Trevor might have. The rest of the day is dealing with issues that come up- checking scripts, doing research for future pieces, answering any and all questions, preparing for a big guest interview, making sure our premises are sound. With the crazy news cycle, things can change in an instant. I stay at work until I get the final scripts before taping – sometimes we have to make changes close to the last minute.

No, unless there’s a mass joke writing session near my desk – I might throw in an idea then, or submit a line to a writer later. I really have to pick my spots – remember, the writers are absolute geniuses and are at the top of their game – when I submit a joke, it’s sort of like auditioning for the Bolshoi Ballet with no dance experience!

Yeah, I’m not a Luddite, but I’m not on any social networks. I might pitch a joke to the show Twitter account on a very very rare occasion. If I have some idea that I’m dying to share with the world, I’d rather pitch it for the show!

Maybe – we want the audience to come into the show already having a basic understanding of the topic – that means Trevor can spend less time explaining/setting up, and get to the bulk of the story quicker.

The address will cover the basics of my job – how research buttresses the show and enhances its credibility. Hopefully not as dry as that sounds.