Adam Chodikoff is a senior producer at The Daily Show with Trevor Noah, where he worked from the very beginning. First two years Craig Kilborn hosted the show, but the focus of the show shifted when Jon Stewart took over. 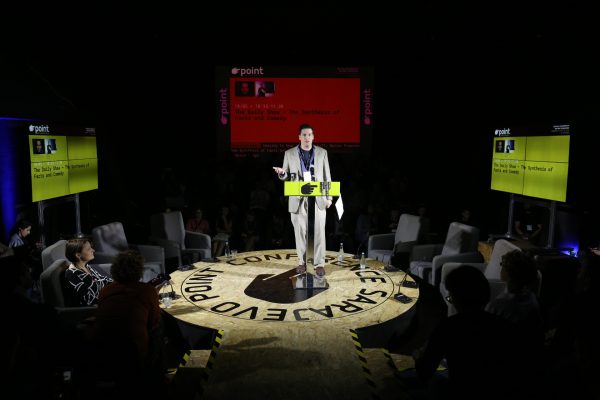 That’s the moment when the show became more politically oriented, and it became imperative that each segment had to go through intense fact-checking and researching. That is what Chodikoff referred to as “Jon’s adamantium shield.” For those not an x-man nerd it means impenetrable shield.

To Chodikoff, one thing is absolutely crucial: Credibility. “I want it on my gravestone,” said Chodikoff. “Without credibility, the jokes mean nothing.”

So, practically speaking, how does one go about ensuring such credibility?

Adam played a video from The Daily Show with Jon Stewart on Hurricane Sandy relief, which is still available on Comedy Central website. The introduced bill for 60 billion USD in aid for the hurricane victims wasn’t passed because of pork-barrel-spending. It’s worth to know that bills often contain some other provisions from other interest groups attached to it, so it can get votes needed to pass through Congress, and that kind of spending is known as pork-barrel-spending. Adam found the bill in question, and it was on one page and there was absolutely no pork-barrel-spending. At that moment they had a solid proof from one side and obvious spinoff by the Republicans on the other, and a good piece of late night comedy was born. 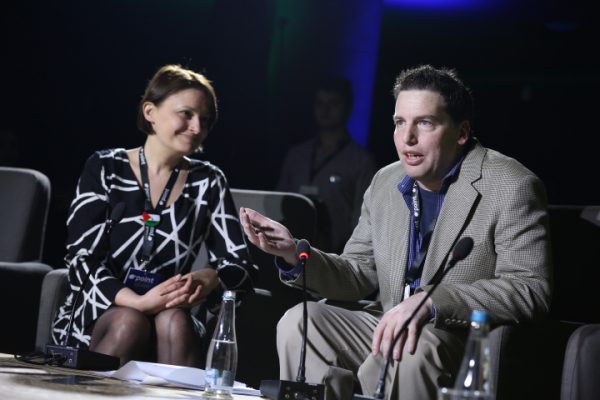 Chodikoff showed a couple more clips comparing double standards, like the one where Dick Cheney praises Bush for something that was signed in his era, but he harshly criticized Obama for going through with Bush policy.

Adam “The Adamantium” Chodikoff, is sometimes known as a joke killer. Even if the joke is hilarious, if there is a crocked fact, without credibility it means nothing, so Adam Has to kill it.

It’s strange, this concept, that a comedy show takes care that everything is correct and fact-checked, but news media doesn’t care anymore.

Allocated time wasn’t enough for the interesting case of Adam Chodikoff. We hope to see him again. Meanwhile, you can always watch clips from The Daily Show with Trevor Noah online.