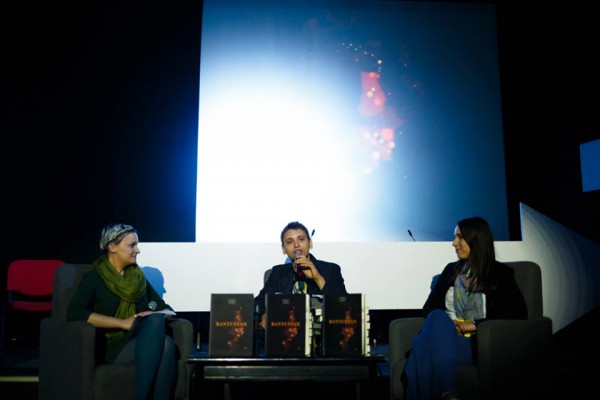 On the closing session of the first day of POINT, a promotion of a book called Bantustan was held.

After a year’s worth of deliberations, Marko Đedović, Uroš Krčadinac and Lazar Pašćanović decided to dive into the great African adventure. Three friends, members of  the Travel Club, travelled through Africa North to South, using all kinds of transportation, from auto-stop to airplane, sleeping in all kinds of places, including the Chief of an African tribe.

„Bantustan“ was born from series of blogs about this three month long voyage.

These blogs, initially published on the Travellers Club website were later molded into a book about people they encountered on their journey, but also about their mutual (mis)understandings.

What separates Bantustan from other books of this type are definitely great illustrations and infographics made by the authors, as well as qr codes which take you to places authors visited on their journey (on Google Maps of course).

Authors have set a really ambitious goal of bringing Bantustan to every library in the region.

Aside from Bantustan, Uroš also explained the concept of a Traveller’s House, which gives a place to sleep to weary travellers (totaly free of charge). It’s in a different city each year, and this year it’s Athens (Greece). The house is crowdfunded, and you can donate some money in the following link.