The enduring presence of conspiracy theories globally has been attracting the attention of the wider public and experts alike, and the Balkans region is no exception to this. In recent history, turbulent times of major shifts proved to boost the potency of conspiratorial narratives. This was the case with Brexit, the election of President Donald Trump, the COVID-19 pandemic, and most recently, the Russian invasion of Ukraine. 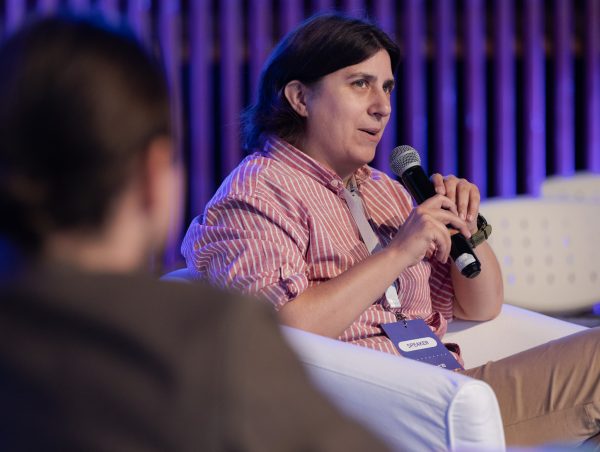 As was evident in the COVID-19 pandemic crisis, science and scientific approach often collide with conspiracy theories. To discuss the links between the two, in particular, the harmful effects that conspiratorial narratives have on science-based efforts, Point 10 Conference organized a panel “Conspiracy theories and the attack on science”, which hosted Tijana Cvjetićanin of CA “Zašto ne” (“Why not”), Stipe Odak of Université catholique de Louvain, and Tijana Prodanović from the Department of Astronomy at the University of Belgrade.

Cvjetićanin told the panel about the research on conspiracy theory beliefs in Bosnia and Herzegovina, conducted last year by a team of researchers at CA “Zašto ne”, and the findings that the research yielded. Among the techniques used in the research, she singled out the survey on a representative sample. The respondents were prompted by an array of questions concerning various conspiracy theories. The main finding is that almost everybody believes in some conspiratorial narrative, depending on the topic and the depth of the conspiracy theory. This foundation was amplified during the pandemic by the sense of urgency during the crisis, as well as the need for answers at a time when questions were numerous and pressing. Previous false beliefs about vaccines, which existed before the pandemic, influenced the mistrust in the COVID vaccines even before they became available, and the conspiracy theories about COVID-19 transpired into similar narratives about COVID vaccines when they were developed and deployed. 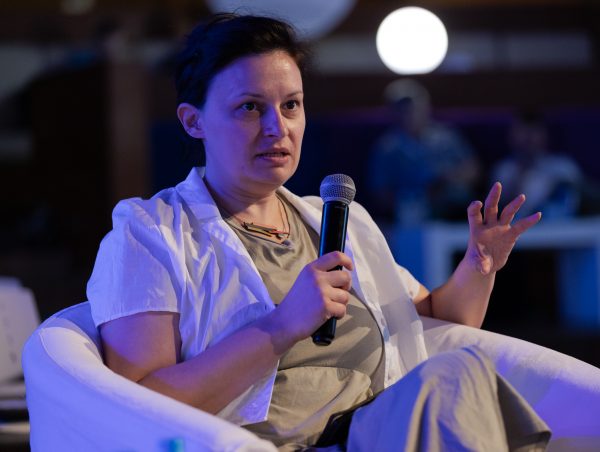 The research found that overall, one-quarter of the population has strong beliefs in conspiracy theories about COVID and vaccines in particular, and either can’t be swayed, or it would be very difficult. About the same portion of the population doesn’t harbor conspiratorial beliefs. The remaining half of the population is neither here nor there – in other words, they believe in some conspiracy theory (or theories) but are open to change of mind if presented with sufficient evidence or confronted with some form of evidence-based education.

In terms of combating harmful conspiratorial beliefs, Stipe Odak said that the very term “conspiracy theory” is an umbrella term, meaning that the scope and “severity” of such beliefs vary widely. According to him, nobody believes in all conspiracy theories at the same time, but many people believe in one or more. He spoke about the origin paths and function of such beliefs, saying that some conspiracy theories are cynical in nature, with people starting them for fun or propaganda purposes, meaning that they don’t trust in them, but they become accepted by broader swaths of the public. Others are heuristic: people heard of them earlier and never questioned them; although they don’t necessarily believe in them initially, they might be prone to embrace them simply because such conspiracy theories are discussed and, therefore, something about them “must be true”. There are also the epistemic “reasons” for conspiratorial beliefs: in times of crisis and turmoil, people seek quick answers and conspiracy theories are usually such “answers”.

Conspiracy theories are sometimes an answer to two opposing human needs: to be distinct as an individual and to be part of a group. In between is belonging to a group that “knows” something the society at large doesn’t, i.e., a group that subscribes to a conspiracy theory that explains the current crisis or the state of affairs in the world that is perceived as “off”.

Tijana Prodanović spoke of the reasons for a rise in popularity of conspiratorial beliefs that contradict science, saying that a major one is that people lost trust in science. She said that scientists are not very good at explaining the scientific process to the general public and added that the COVID-19 pandemic proved the importance. 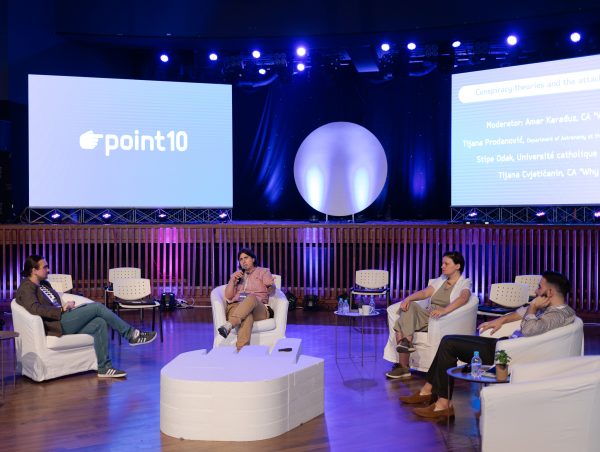 The authority that scientists, researchers and educators had before has melted with the advent of more easily accessible information. In other words, informal communication channels became a source of information competing with experts. Prodanović stressed the importance of providing scientists with skills to make the scientific method closer to a wider audience.

This becomes more evident with the fact that conspiracy theories, or belief in them, are the opposite of the scientific method, as Cvjetićanin explained, since the idea behind such beliefs is not to find a proof for a thesis but to justify the already adopted thesis, most often with logical fallacies.

The speakers also touched upon the vicious cycle of conspiratorial beliefs in radicalization and mass atrocities, in which a group, once victimized, adopts in time a narrative about enemies and imminent danger that erupts at some point into violence aimed at the perceived enemy.

They agreed that there are no fast solutions to the issue of conspiratorial beliefs. Still, a good first step would be to make an effort at decoupling such beliefs from identity, separating them from the beliefs that an individual understands as core, and working on building a truth-seeking mentality.