The president of POINT’s host organization and the person responsible for Scott Carpenter’s presence on it, Darko Brkan, moderated the session where Google Jigsaw and its projects were presented. 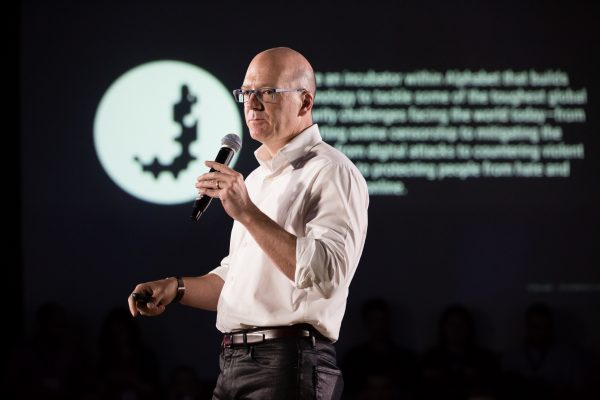 So what is Google Jigsaw? Jigsaw is a team of 68 programmers, product owners and lawyers who deal with safety online, primarily safety from DDoS attacks on media outlets. These, in Scott’s words, occur by the number of 150.000 per day.

How was it done? The first line of defence is ProjectShield, which uses Google’s infrastructure to protect the websites from DDoS attacks. This service is free for all the verified media and publishers. The service strives to be ideologically neutral,coming from the position that everyone has the right to freedom of speech, so it protects both Breitbart and The Guardian. This leads to some interesting situations, such as that ProjectShield in Russia protects two sites which ordered DDoS attacks against each other. Jigsaw can be contacted by mail or found on Twitter. 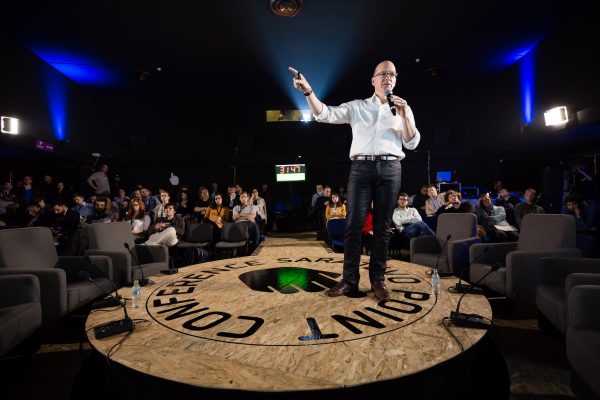 During the discussion, the issue of users’ privacy came up, giving Scott a segue to present another initiative – a model for checking the “toxicity” of internet comments. This would allow the portals to block those comments marked as being over the (variable) line of toxicity. The concept immediately grabbed the audiences’ attention and, since it had a significant number of Open source enthusiasts, the question of opening the code (or at least a part of it) to localize the model was asked, expectedly.

Carpenter, however, said that the code will probably not be opened, out of fear that reprogramming could turn it into a censorship tool. When it comes to localization, Jigsaw is already working on it with certain institutes in Germany, and there are also plans to use Google translate for this purpose.

The issue of freedom of speech was also brought up in the context of “revenge porn” and whether this is where the line should be drawn when it comes to freedom of speech. Most of the audience felt like that should be the case, with Emma Holten, the activist for online safety, who was the victim of such harassment herself, contributing her own experience to the discussion. One of her key remarks addressed the fact that tech companies like Google didn’t step in to help when this was happening. She, however, pointed out that it’s fortunate that there is the model of “right to be forgotten” which, in her own words, saved her life.

It is interesting that politicians are those who most often claim the “right to be forgotten” with quite different consequences, harming the transparency and political accountability. This shows just how difficult it is to find the limit between the acceptable and the unacceptable when it comes to privacy.

The panel has opened many interesting topics and an hour was  definitely not enough to get all the answers. We can certainly conclude that it is very positive that a tech giant like Google joined the fight for online safety. It is certainly up to us to point to the mistakes and also good practices, so that we can all make internet better together.