Factual, objective and professional reporting is always a hot and important topic. However, during extraordinary circumstances such as wars, it is even more essential to know what is happening on the ground. In this panel, speakers discussed the challenges journalists face when reporting on the Russian invasion. 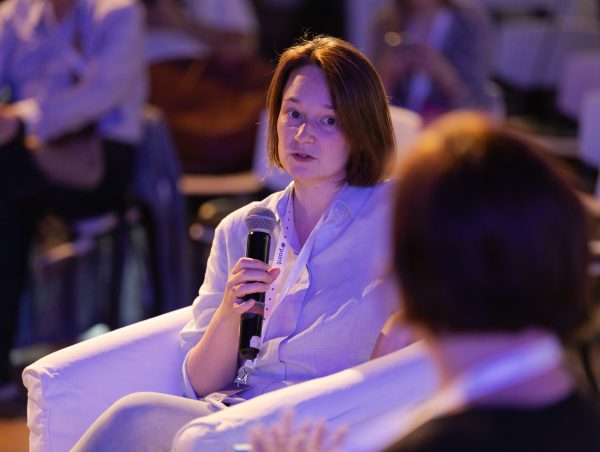 The panel was opened by a sad announcement from moderator Emir Zulejhić that due to the death of a close colleague on the frontline a couple of days ago, Anastasiia Stanko was not able to come to Sarajevo to attend the Point Conference.

In the first part of the panel, speakers introduced themselves and their work and shared their personal stories related to the current war in Ukraine. Iryna Shvets from OPORA, as Ukrainian herself, explained that the work of her organization was primarily related to election observation missions and monitoring campaigns. However, the event of war forced civil society to adapt to the new reality, which included activities such as volunteering, trying to provide support to colleagues on the frontline etc.

She explained that three ladies from her organization moved to Warsaw, Poland, where they are trying to cooperate with the General Prosecutor’s Office in Poland. She presented their plan to establish a Public center for war crimes documentation, collecting the testimonies on war crimes from eyewitnesses, acting as an intermediary between victims and the Prosecutor’s office. 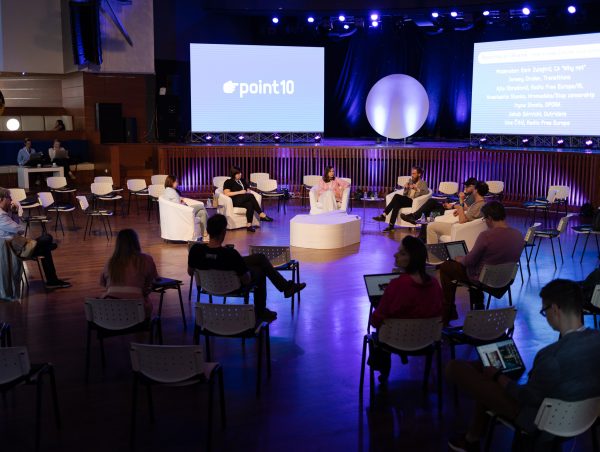 The second panelist to introduce herself was Una Čilić – a digital broadcast editor at Radio Free Europe, explaining that she and her colleagues worked on covering the situation in Ukraine even before the war officially began. As a journalist who spent some time in Poland working on bringing the woman refugee perspective on the war, she eyewitnessed a striking situation on a bus station – only 15 days into the war,  Ukrainians were boarding buses that were returning them back to their homeland.

Ajla Obradović – a digital media editor for the RFE Balkans service, explained that her team covered the daily stories from Ukraine and worked devotedly on identifying topics and narratives about the war – attempting to provide the context as well. Ajla shared a personally touching experience about children and young adults who were forced to take a refugee in another country without being able to immediately continue their education there – as a result of, among other things, language barriers. This was a reminder of a similar situation that children experienced some 30 years ago when fleeing war in BiH.

Jakub Górnicki, a co-founder of polish media publication Outriders, explained that this foreign-news-oriented media outlet had covered the situation in Ukraine since the inception of their work, which is some four and a half years ago now.

Jeremy Druker accounted for the work of Transitions, an organization that, through an online magazine, provided media coverage on what’s going on in Ukraine on a daily basis but also provided in-depth analysis, journalism training and raising money through crowdfunding campaigns to support journalists in Ukraine. On a personal level, he wanted to venture out and see what could be done to help Ukraine beyond providing the coverage.

In the second part of the panel, speakers were asked about challenges that journalists reporting on and from Ukraine face daily. Una Čilić pointed out that professional, factual reporting proved to be challenging in this situation and emphasized that there is imperative to consult more than one source on the subject in her work. Ajla stressed that one of the enormous burdens in covering the war in Ukraine is a decision on what should be published. Since the war itself does not bring positive stories, bearing in mind that younger audiences might be traumatized by sharing too much poses a struggle.

Asked to comment on how to effectively resist the Russian propaganda coming from official sources, Jakub Górnicki said that his organization decided that no Russian sources would be quoted in their media content. Their opinion is that Ukraine is a victim of this war, and everything the Russian side issues is poison. Una stated that Radio Free Europe is privileged to have service staff in both Ukraine and Russia, which helps the accuracy of their stories, but emphasized that no news should be published based on one statement coming from one side – these always should be put in the context. Ajla added that their editors issue writing guidance which contains guidance on professional reporting on the war in Ukraine, but acknowledged that dealing with Russian propaganda is an everyday struggle. 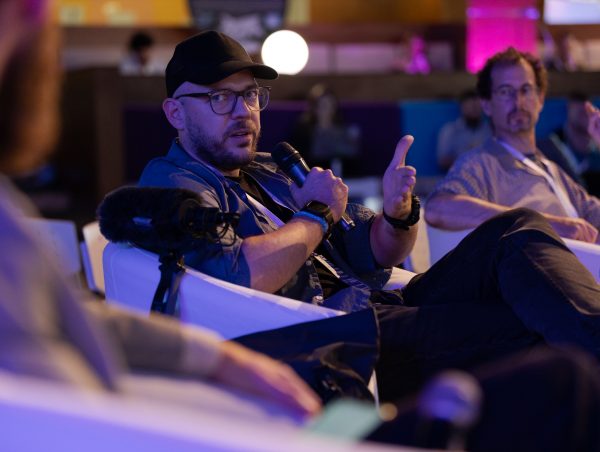 Panelists also tried to grasp the incentives behind some media’s decision to still base their news around statements coming from one source, especially those media that frequently use Kremlin sources for their coverage of the war in Ukraine. Speakers pointed to the lack of editorial standards, negligence and unwillingness to provide context and broader analysis as potential reasons for some media continuing this harmful practice.

Panelists reflected on a somewhat similar dilemma the media faced after the election of Donald Trump as the President of the US – whether to include factually inaccurate quotes of elected officials in media pieces and consequently help amplify their reach to a broader audience. Panelists agreed that this dilemma resulted in one positive change in the media landscape in the last decade – the media decided not to report on official statements that are not factually correct.

One of the last issues covered in this panel was related to the security of journalists reporting from Ukraine. Jakub’s opinion is that the security of journalists depends on their experience and ability to withstand different situations. Given that Russians do not seem to care about journalists’ accreditations and signage that should protect them, he urged journalists who are considering going to Ukraine to think if they really want to be there to report on the war in that country.

Iryna confirmed that Russians are not abiding by any rules of war, including the protection of journalists. She shared that until this moment, 28 journalists have been killed in Ukraine, out of which seven were killed on the battlefield while they were doing their job.

Jeremy from Transitions pointed out that fundraising campaigns through crowdfunding to provide financial support to Ukrainian journalists, as one organized and executed by Transitions, can serve as an example of how society can support journalists in that country, along with efforts to collect and provide medical and protective equipment.

The panel was closed with wishes that the invasion of Ukraine won’t last long, and as it lasts, we will not get sick of it and forget about it, given that summer is coming and it has already been 100 days in.