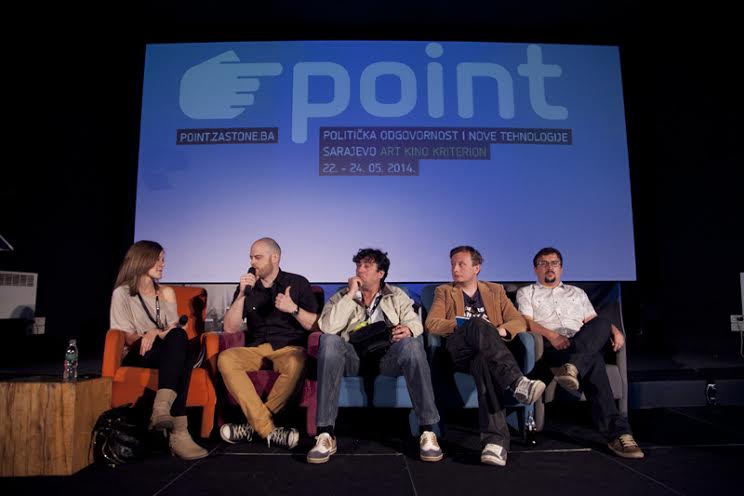 So, as it was stated in the announcement of the panel, actions of the politicians in the region often resemble Monty Python sketches, so it’s no surprise that people who made fun of their actions became organised, and as a result of that organisation, we have satirical portals like www.njuz.net (from Serbia), the first satirical portal in the region, which actually started because one of the founders had back problems and had to stay at home for two months and he got bored. Njuz.net actually had its news transmitted all around the world (their famous shark story), and they even got an imaginary man elected man of the year on some fishing blogs in Australia.

Another satirical portal in the region is www.news-bar.hr , which started, if the guys from njuz.net are to be believed, because they copied their site, and if we believe the news-bar people, they wanted to make something like The Onion. Their focus is political satire, as a way of putting important news in public focus. They have put the mayor of Zagreb in a bit of a pickle right now because they ‘leaked’ that he’s going to donate 3 mil euro to the flood victims instead of building fountains in Zagreb, so, as they say, he does not know what to do, because his supporters really like the idea.

Damir Nikšić is a conceptual artist who expressess himself mainly through videos and is now considering switching to CNN after he updated his movie making software. He comments on important issues in Bosnia, giving his opinion with whom people may or may not agree, but he is always noticeable.

But it’s not about being funny. It’s about critique of the government, and this is a way to bring up certain issues in ‘serious media’, and create pressure to solve issues. We need to articulate our needs in every possible way, and because we have history of making fun of everything, as Nikšić stated, this actually might be the best way.