Dejan Vinković is a professor at the Faculty of Natural Sciences at the University of Split, Croatia and a director of a private non-profit research institute, “Science and Society Synergy Institute” in Čakovec, Croatia. His research interests include a wide range of topics – astrophysics, social economics, biomechanics, visualization, data analysis and statistics of politics and society, and predictive models of unemployment. 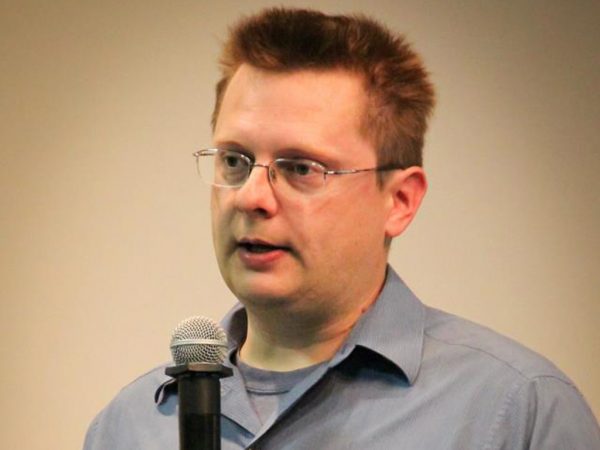 Recently, he was appointed the president of an international collaboration that brings together scientists in the field of big data in astronomy and Earth observation. Together with Mile Šikić and Vuk Vuković, he founded Oraclum Intelligence Systems, a Cambridge-based company that uses the power of social networks and big data to predict election outcomes and uncover patterns of consumer behavior. They developed a unique, science-based forecasting method that is able to predict election outcomes with amazing precision and they were successful in many cases so far, including the US elections.

You’ve foreseen Trump’s victory at the elections in the United States using a different approach from the ones we are accustomed to. You used the same method in other countries. Could you briefly explain the method you use and how successful it was in other cases?

A couple of years ago, my colleagues Mile Šikić and Vuk Vuković and I started experimenting with an idea that maybe we could ask people to predict election results in their local communities. We were actually working on research methods for product placement on the market, but elections are an attractive topic to test those ideas. After experimenting with various methods of removing the biases that people associate with their predictions, we selected one method that successfully predicted Brexit results. We call it Bayesian Adjusted Social Network (BASON) Survey. It’s an internet poll which is used within friends on Facebook in order to conduct the survey (anonymously), asking the participants to express: 1) their voting preferences; 2) percentage of the vote they believe the candidates will get; and 3) what they think about other people’s predictions for each candidate.

This is essentially a wisdom of the “citizen forecaster” concept, where the idea is to incorporate wider influences from peer groups that shape an individual’s perception over who is more likely to win in the local area.

In addition, we adjust our participants’ forecasts to their collective opinion – how likely are they going to be biased due to their friendship network or their information sources. We applied this to the US presidential elections and the results were impressive – we predicted correctly 47 out of 50 US states, which include, within a single percentage point, correct predictions of all the key swing states (PA, FL, NC, OH). We even discovered that Hillary could with the popular vote but lose the electoral college vote. The most recent test was the second round of French presidential elections. We predicted Macron’s victory and one would think this was an easy task. However, it was quite the opposite – people were very suspicious about the election polls and we had to defuse a large bias bubble.

Right wing politics are on the rise throughout Europe. According to your prediction, could this have been anticipated before it happened?

Nothing happens overnight and the same stands for the changes in the European political landscape. When the magnitude of economic crisis became evident 10 years ago, many people expressed concerns related to the future of the European political landscape. Now we know. We see that a growing anger against the political and financial elites is a very powerful political force, but it is often hijacked by populist movements which offer some kind of “revolutionary justice,” with consequences that actually don’t improve people’s well-being.

What are you going to talk about in Sarajevo and what do you expect to hear during the conference?

I will give an overview of how we reached that point of predicting Trump’s victory and what happened with the pollsters. The conference attracted very interesting and relevant speakers and I am looking forward to their presentations.