All of the fourth panel’s participants agreed that the interest in the elections in the regions is, perhaps, at an all-time record low, and we are talking about a general crisis of the participatory democracy. 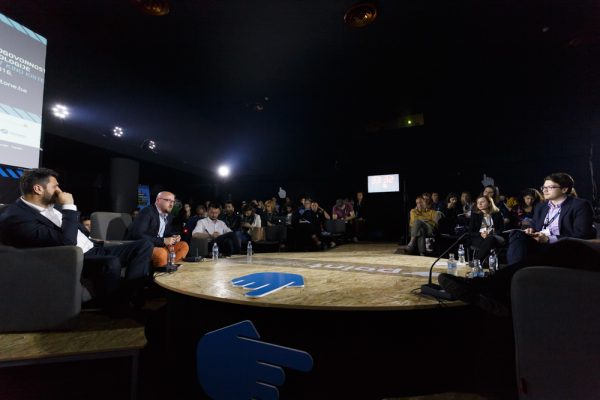 Jovana Đurbabić from CRTA, Serbia, said that a decreasing turnout at the elections is a result of the fact that citizens do not trust the institutions and don’t think they can influence them. It was important to follow this year’s elections in Serbia because of many cases of intimidation and phsyicall attacks against the activists. Expectations of election frauds were also present. The elections were repeated in many municipalities, which influenced the overall result a lot. CRTA monitored the whole election process and, according to Đubabrić, there is still a lot of work to do, mainly in the area of education of the citizens.

In Montenegro, the same people and parties have been in power for 25 years, said Dragan Koprivnica form Center for Democratic Transition, which is why citizens don’t trust the election process. Another reason is that there are too many registered voters, not proportional to the population of the country, which makes people suspicious that those who live abroad come to Montenegro just to vote, or have others voting for them. There are also other problems, such as no professional election administration, but, as Koprivnica noted, there has been a noticeable improvement in the past few years: a central voter register was created, new election legislation was passed and there is also a new voter identification system.

Zlatko Dimitrioski from MOST (Macedonia) explained the roots of the political crisis currently taking place in Macedonia. He marked two important factors that influence a general apathy in Macedonia. The ruling party still has some support, mainly from those they employed in the public administration, and the pressure on them guarantees them a sufficient number of places in the parliament. Also, according to the statistics, the economy is more important than democracy for the citizens, so they tend not to get involved.

Dario Jovanović from Pod Lupom coalition form BiH described how they monitored the elections in BiH in 2014. They had observers on the field, but also those who did the monitoring for three months before the elections, who were working closely with the local administration. 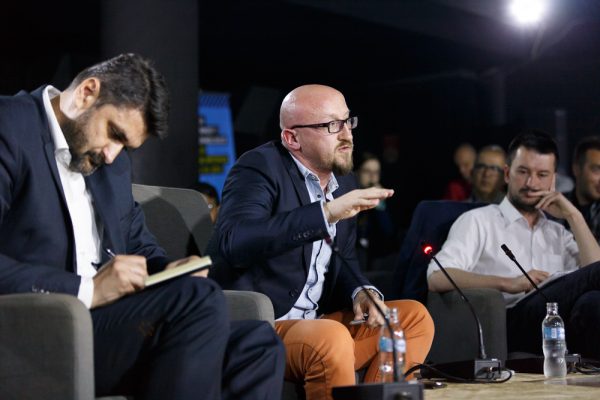 A lowdown on the history of the elections in postwar BiH was given by Adnan Huskić from Center for Election Studies. He pointed out some of the paradoxes in the work of the Central election commission. The commission, he said, has a mandate for 7 years and its only role is to organize elections every two years. It is extremely inefficient, it takes weeks for the commission to come out with the official results of the elections and it doesn’t provide some vital information. For example, there is around 10% of invalid ballots in Bosnia and they are characterized as ”invalid” and “invalid by other criteria”. We don’t know whether these are protest votes, or the result of difficulties with filling in the ballots. According to Huskić, compulsory voting can be a solution for a low turnover, as it would force big parties with stable voters to turn to inactive voters.

Emir Suljagić from Center for New Democracies talked about civic initiative “I will vote for Srebrenica”. In 2012, a few months before the local elections, members of NGOs from Srebrenica started an initiative for registration of voters who lived in Srebrenica before the war, who were registered in the Federation of BiH. The objective was to help the citizens of Srebrenica to elect a mayor who doesn’t deny the genocide committed in this municipality during the war. The initiative, although successful, faced many obstacles that Suljagić elaborated.