The session was opened by Veronika Vichova who works at European Values Think-Tank located in the Czech Republic which organizes the Kremlin Watch. 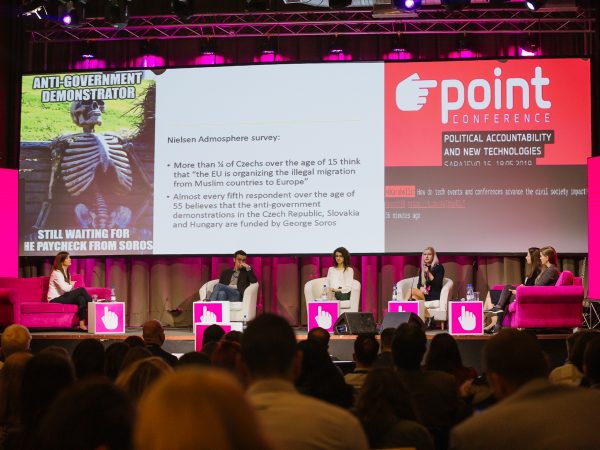 She introduced the audience to the Kremlin Watch program which was started in 2015, shortly after the annexation of Crimea in eastern Ukraine. The program was started to monitor the huge amount of disinformation about Ukraine in the online media space at the time. They found that the fake information is not the goal itself; they are just the complimentary and supportive devices used for propagating Russian influence and narratives. The Kremlin Watch has also recognized the influence of intelligence operations and espionage in the Czech media, as well as of paramilitary groups and fake NGOs. Veronika maintained that their work on debunking fake news is important because estimates show that 25-40% of the population are susceptible to disinformation narratives. 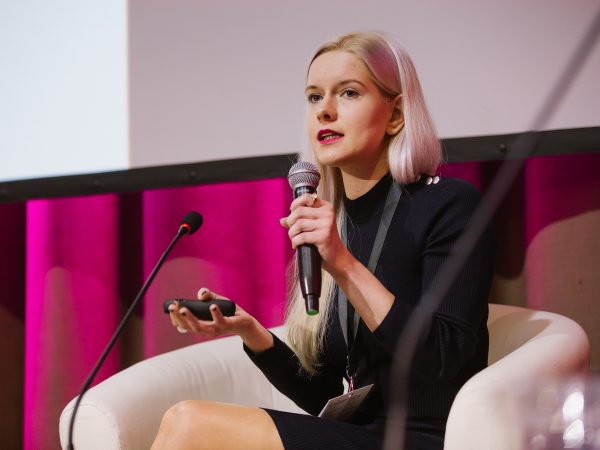 Rumena Filipova from the Center for the Study of Democracy in Bulgaria continued the session by discussing Russian disinformation and propaganda in Western and East-Central Europe. She shared some of the findings that they generated in their previous projects, such as the soft power dimension of Russian strategies. Rumena talked about their research which was focused on five countries in the Black Sea area. The main finding was that there are consistently reproduced consistencies and dissimilarities between media outlets of these five countries. The consistencies were the Russian propaganda on the war in Syria, energy issues, and other repetitive topics and narratives. The differentiations were narration and style used by the media in the 5 countries: the closer the media outlet is to Russia economically and politically, the more explicitly biased the style of communication becomes. 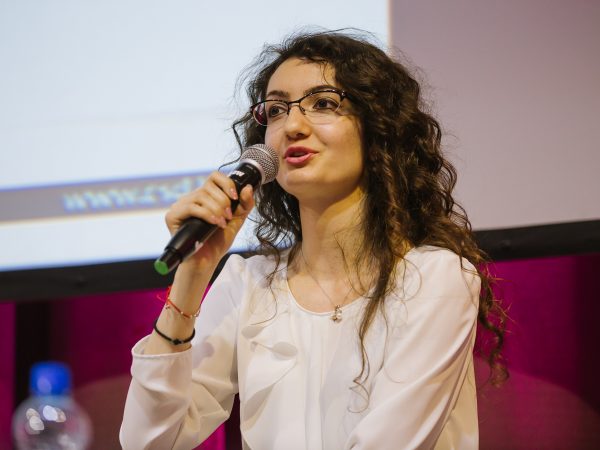 The discussion continued with Amelie Henle, a researcher at Oxford Internet Institute in the UK. Amelie talked about her engagement in fact checking research and several other projects, such as the Global Cyber Troop Report. This project is focused on disinformation through hyper partisan “news” in ten different EU states distributed by state actors (such as government authorities and political parties) in those states.

Maja Maričić from EEAS in Belgium talked about the atmosphere of the upcoming European elections scheduled to happen in seven days. She maintained that open democratic are based on access to verifiable truthful information which has not been hindered in any way. Such access to information is important because it provides a way to keep the citizens up to date on political issues which enables them to freely express their political will. However, Maja warns that these processes are being challenged by deliberate and widespread disinformation attempts. There is an increasing lack of citizens’ trust in the media and the government. EEAS’s research shows that 85% of citizens EU think that fake news is a threat to democracy, while 70% internet users think there is a threat to the upcoming elections. Maja finished by saying her work is important because it is focused on supporting professional journalists and independent media, as well as on the maintenance of high quality and professional standards when it comes to media.

Martins Hirrs from CEPA in Latvia opened his presentation by saying that his work is focused on researching Russian influence in the Latvian media. He talked about how outputs are everything Russia does, and outcomes are what people actually believe. Martin’s research shows that fact checking doesn’t work to the desirable extent because people still consume fake news, regardless of fact checking efforts.