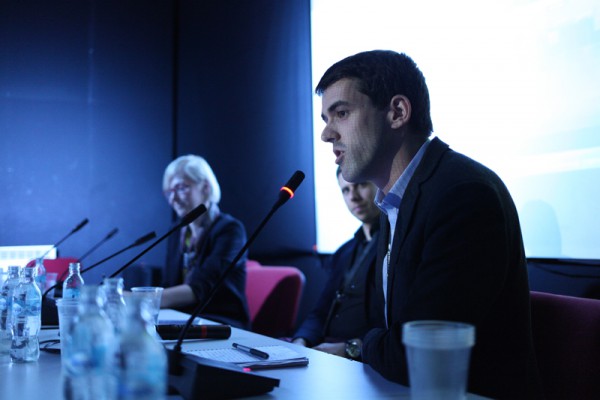 James Bloodworth, from Left Foot Forward-a after giving a short presentation on constitution of British Parliament (where currently the Conservative Party has 321/650 seats), talked about the ways in which social media changed campaigning, and about the mistakes leftist parties made in their campaigns.

Firstly he mentioned how lifespan of news is much shorter because of the social media, because new information constantly come up, and parties (campaigns) must try much harder to stay in the spotlight. From the NGO or journalist perspective this is very important, because any denial must be published immediately, because news is out of the spotlight quickly. 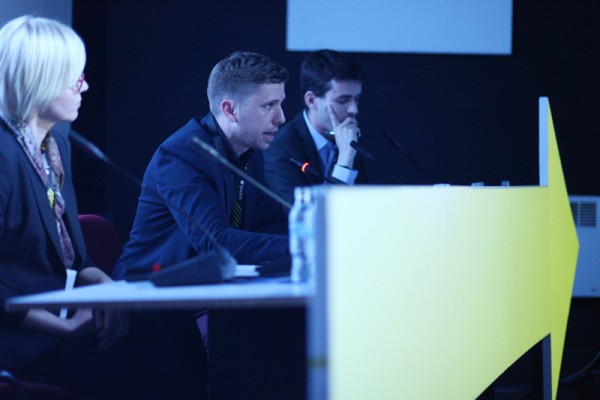 Social media changed the campaigns in a way that now campaigning is done on a much more personal level, and politicians must take care how they behave in public. According to Bloodworth, this way of campaigning has a bad side as well. Today’s campaigns are much “shallower”, and voters care much more to make a “selfie” with a politician, and that way get “likes” on Instagram and Facebook.

Social media can give parties a false sense of success as well. Bloodworth listed the Labour Party as an example of excellent social media campaign, with a lot of Twitter followers, but much weaker result in elections than the conservatives.

It is interesting that the Conservative Party as well led majority of their campaign on Facebook, especially paid ads, while leftist parties used Twitter more. From the aspect of Twitter, especially interesting was the Green Party, third in size on Twitter, despite being a significantly smaller party than others.

Joseph O’Leary from FullFact emphasized that the last year was very good for FullFact. FullFact is a British organisation that deals with fact-checking and providing of necessary tools, information and advice, so the citizens could check information provided by politicians and media. In the last year, FullFact imposed itself as a credible source of information in British politics.

During general elections in Great Britain, they organized “election centre”, an operation of fact-checking that worked for 18 hours a day, 7 days a week. This project was crowdfunded in a large part, and followed by national television stations and newspapers.

Objective and impartial way of work brough FullFact the audience that belongs both to left and right political spectres, and that is why they are drastically different from other media. According to O’Leary: “Even those who disagree with out stances respect what we do and how we do it.”

Joe announced further growth of FullFact, and said that in next elections their organisation will be 10 times bigger and 10 times better. We can only say: Good luck!