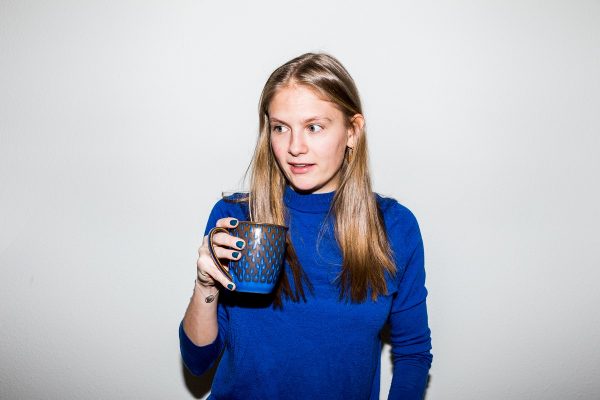 We live in the times when privacy on the internet is often discussed. You promote the idea that online rights are human rights. In what way should these rights be protected, and how to avoid censorship while doing that?

Big question! I think first we have to start applying the laws that we already have, on the internet. The right to privacy, or to not be threatened on your life, for example, are already human rights in the UN charter. But as long as we still have this idea that the internet isn’t real life, and that things that happen there do not have concrete consequences in actual life, we will not get anywhere. And that is the most common idea within law enforcement currently.

I think the issue of censorship is hugely important, and there are a lot of ethical discussions we will need to have in the future. Most importantly: is using a privately owned site like facebook a human right? Is being blocked from facebook a violation on your freedom of speech? I think this is where the true discussion is buried: how do we take our public platforms away from private enterprises and into a publicly owned sphere in which we can develop well-functioning ethic guidelines?

As long as private interests are deciding what is morally acceptable and what isn’t we effectively have no rights and are constantly censored.

Hate speech, threats, and sexism on the internet are a widespread problem. How can we deal with it?

The hard way: fighting it in the real world. As long as sexism, racism, and homophobia exist in people’s minds, it will exist online. We must find the reason that people develop these patterns of behavior. Who is the troll, what does (s)he want to achieve?

I also think that widespread solidarity in the face of hate speech is needed. The people who are not hit with it should speak out when they see it. Often times, as things are currently, people will laugh at the troll or even applaud them. We need to understand that their behavior is part of a much bigger system of domination.

You talk about online hate speech quite a lot and the need to fight it. How can you fight hate speech when it comes from anonymous sources?

I think fighting hate online has a lot in common with fighting hate in real life. So look at the above answer! BUT, the difference is also apparent in that you do not see the reaction to your hate in real time. You spew your violence, but the social consequence of seeing another person’s pain isn’t there. This means there is an empathy gap, where there’s a much short way to inflict pain.

Hate from anonymous sources should be documented and shared widely, and we will prevail as we support each other. Receiving hate is extremely shameful, and removing that shame is incredibly important. We can use it to educate ourselves on what we are fighting against. I like anonymity, and I think there should be spaces online, where you have the right to be anonymous, but as soon as those spaces are used for hatred, you should be able to document and report a comment to a site owner.

You are coming to Sarajevo soon. What will you talk about and what would you like to hear during your stay?

Yes, I’m so excited! I’ll be talking about the individualism of the internet, and the strength and weaknesses of it in terms of privacy especially. We have some very rigid ideas of what a ‘user’ is, and those have had consequences for how we have built our algorithms. How can we think in collectivity and common organization instead of in every individual against a big corporation?

I’m very interested in the work that Clare Llewelyn has been doing post-Brexit, so I’m excited to see what she’s going to say. Obviously it relates a lot to what I’m doing: I believe hate and harassment often comes from frustration with dysfunctional systems (if they are not personally motivated), so analyzing user behavior following political events really interests me.