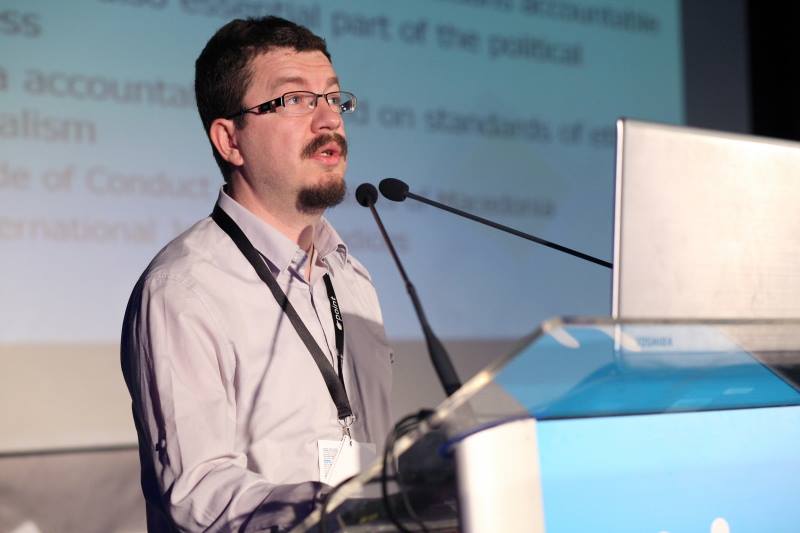 Filip Stojanovski from organization Metamorphosis from Skopje presented the Istinomjer project in Macedonia, and Media Fact checking project that is ongoing in Macedonia.

“Media Fact checking service” is a site which, according to him, should point out media writing and reporting in Macedonia, and the idea grew out of Istinomjer that exists throughout the region, and that Metamorphosis implemented in Macedonia.

“We wanted to show that journalism is not just selling information, but that it plays a very important role, and people had to be reminded of that role,” said Stojanovski.

The portal were covers topics such as writing news and articles in the media and media experts in  Macedonia started publishing research and critical reviews on their writing on the website.

“We processed journalistic standards and In this way we tried to point the citizens towards using those standards, and to ‘read between the lines’. We also pointed them to the and also comments under the articles they read every day”, explained Stojanovski.

Issues like hate spech, but also some technical issues like photography, headings etc. are processed on this site.