The integrity of media and information in the digital age is a decade-long topic oven through all installments of the Point Conference. This was the main focus of the panel “Fight for media credibility”. The moderator of the panel Tijana Cvjetićanin asked panelists to give some sort of diagnosis of where we are right now and where we can go from here in the context of the panel’s topic. 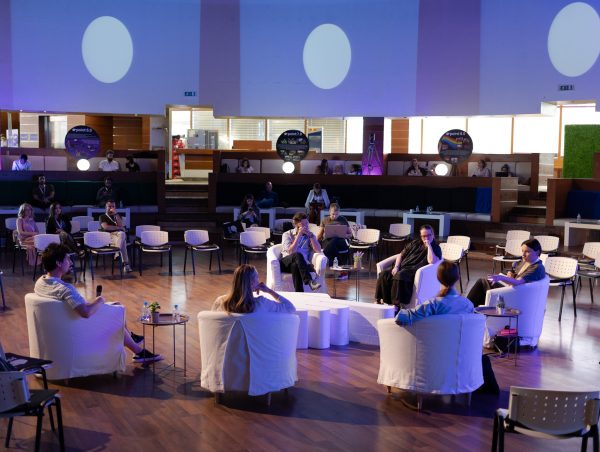 Adeline Hulin, a project coordinator for the project ‘Social media 4 Peace’ at the UNESCO Liaison Office in Brussels, reflected on how much optimism we had ten years ago when we hoped that social media could be an enabler for peace and democracy and how, through the years, we discovered that social media had become an enabler for dissemination of harmful content that had an impact on conflict in Ethiopia, Myanmar and impact on elections in various countries. So, right now, we are pessimistic when it comes to social media.

The same can be said for digital media. On the issue of media viability, Adeline Hulin noted that the new business model and new ecosystem had changed media financing. “In the last five years, half of the global advertising revenue was going to Facebook. At the same time, the media has lost half of their ad revenue”.

This has a great impact on how media is financing itself and how media is fighting algorithms, which prefer sensationalist and polarizing content, against credible content. She said that UNESCO member states were adopting and endorsing a declaration that recognizes for the first time that information is a public good like water and air and that information needs to be protected. 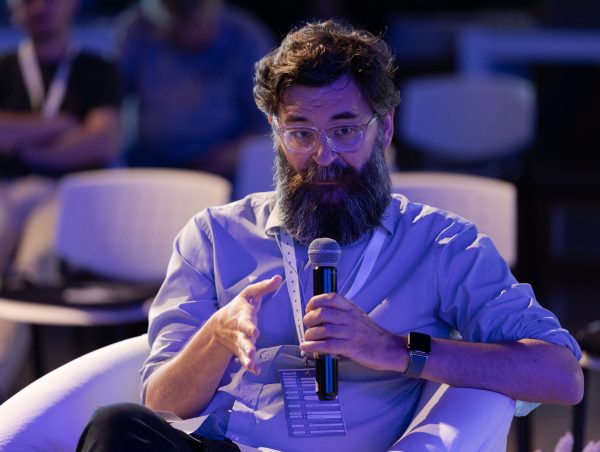 Vukašin Petrović from the Information Access Fund reflected on media freedom during the last decade. He opened with the statement that by the time authoritarians come to power, the media is already on their knees.

“Political elites are the biggest enemy of independent media. Everything that we have seen during the last ten years, especially in democratic countries in Europe and the United States, there are continuous attacks on the media by political elites.

The first big issue that we are dealing with is a lack of tolerance for the opposing views and opinions, and if we look at the behavior of politicians and how they actively undermine the credibility of media who oppose their views, and actively undermine the credibility of media that challenge them and seek their accountability. That goes from everything, from not appearing on those media, continuously exaggerating mistakes they make, to changing legislation to promote friendly media and undermine the independent media that try to hold them accountable. We are also seeing organized campaigns that target independent media, all with a purpose to ensure that politicians stay in power and that they continue to enjoy public support”.

Vukašin also pointed out another trend from the past ten years regarding trust in public media that is desegregated and divided.

“All research points out that people distrust media in general, but they trust media that supports their point of view. When we look at the countries that have the least trust in the media, we are seeing major democracies: the US, UK, Spain, Germany, South Korea have this problem, and the main reason is polarization and divisions which are driven by politicians.

The third major reason for distrust in media is that the media has lost its monopoly on access to mass audiences. With the appearance of social media, everyone can reach those audiences. People do not depend on the news media as they did before”.

Lea Auffarth from Journalism Trust Initiative also recognized the problem of media viability, algorithms and political actors who label journalists as the enemies.

“Political actors and authoritative states are clearly a problem. Over the last decade, media viability has changed, and political actors who call journalists the enemy of the people does not help. With a short attention span of the audience, instead of relevant information, disinformation floods everything, and trustworthy information is harder to detect. This has a lot to do with algorithms and platforms”.

Milica Kovačević from the Center for Democratic Transition reflected on aggression in Ukraine. “During the last ten years, we witnessed the preparation of media infrastructure, which resulted in Montenegro’s increase in public support for Russia by 20% during the two-year period. In 2014 Sputnik (Russian state media outlet) arrived in Serbia, which fed the growing network of propaganda and influence. 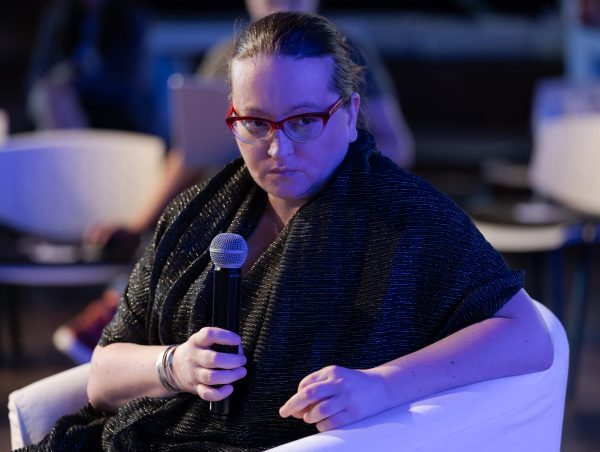 Nejc Horvat has talked about the financial sustainability of journalism, a solution to a recognized problem.

In such an environment, the media constantly have to compete for clicks and attention. It’s hard to build a relationship with your audience based on trust”.

Nejc pointed out that readers have become used to free articles online, which means that attention has become currency in which we pay for content and information. So, they came up with a new model.

“We started thinking about new models of financing media and journalism. We built this app, called “a new day”, and it is a platform that allows direct financing of five independent media projects and works as a sort of a browser plugin. So, you download this browser plugin, you pay a five-month subscription fee, and then this money gets proportionately distributed by the amount of time you read a piece of news on one of these media outlets”.

The panel was closed with the thought that the media should think about doing PR for journalism and for themselves, but also have to make sure that they promote and protect human rights and democracy.