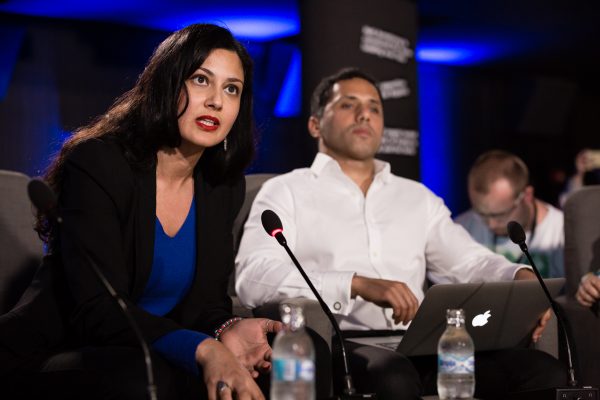 The participants in this panel come from around the world: Omezzine Khelifa from Tunisia (“Mobdiun – Creative Youth” association), Omar Ashour from the UK (Security-Military Studies and Middle East Politics at the University of Exeter) and Jelena Dukarić from Serbia (Vojvodinian Civic Centre), with moderation by Ahmed Samih Farag from Egypt.

Omezzine is the head of a youth nonprofit organization which promotes the inclusion of the youth in the society and social transformation through arts, culture, sports and technology. She opened by giving insight into the position of youth in Tunisia, who are largely marginalized and exposed to violence and poverty since childhood. Her organizations aims to empower and inspire the young people who live in marginalized communities, by giving them tools and skills to put their creativity into building the democracy in Tunisia.

She also said that online recruitment for extremist groups and ideas, although efficient, isn’t the only problem, as offline recruitment is on the rise, particularly within religious communities, under the guidance of imams and ministers. The research conducted on 1.000 court cases, where the defendants were prosecuted after returning from war zones, confirms this conclusion.

Omar Ashour, a Senior Lecturer in Security-Military Studies and Middle East Politics at the University of Exeter, works on transforming violent to nonviolent activism. Omar shared the story of 200 people recruited in Western Europe to fight on eastern fronts, out of which about 60% was recruited online. He stressed that online extremism isn’t limited in terms of territory or social groups, but is a widespread problem. Radicalisation is on the rise, regardless of the surroundings. However, closed and conservative societies and dictatorships are certainly the surroundings which foster the rise of terrorism and extremism. 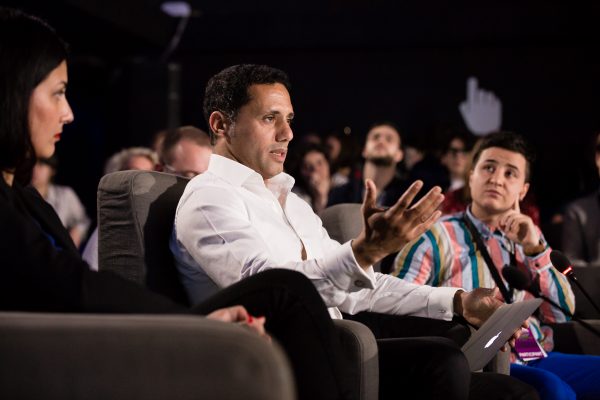 The data he presented demonstrate that current efforts of the authorities in the UK, who are taking down app. one terrorist website per week, aren’t making a big difference. The estimate is that these activities have an impact of only about 1-2% when it comes to fight against terrorism. He says that the states are not conducting investigations and procedures against people who fight for ISIL and other terrorist organizations, and 90% of them blends into the society again after they come back from the fronts.

Jelena Dukarić spoke of two forms of online extremism in Serbia – the nationalist extremism and that which spreads homophobia and xenophobia. In the last few years, online extremism mostly targets those who voice their dissent against the political elites in Serbia. Jelena also mentioned people who were recruited to fight in foreign fronts and the lack of authorities’ action to prosecute them after they return to the country. There are even some prominent cases of that kind, featuring public figures, such as that of a well-known journalist who, couple of years ago, using his Facebook status, invited fans of the most famous football clubs in Serbia to go out to the streets and attack the activists from the organization “Women in black”, antimilitarist, feminist organization that has been for years a target of all ultra-rightist and nationalist. During this trial, he left to fight for pro-Russian forces in Ukraine. He was acquitted for the assault charges and was never trialed for fighting in Ukraine. Another example she gave was about the leader of the ultranationalist organization accused of causing riots in the streets of Belgrade in the period when Kosovo declared independence. Eight years later, although he had many misdemeanors and criminal reports of violent behavior and spread of religious, racial and national hatred and intolerance, he was engaged in the office of the Government of Serbia as an adviser for Kosovo.