Speakers from Georgia presented the reform of social services conducted in their country. As Margarita Akhvlediani from Go Group Media noted, Georgia was once the most corrupt country in the region and, with time, it transformed into the most reformed one. 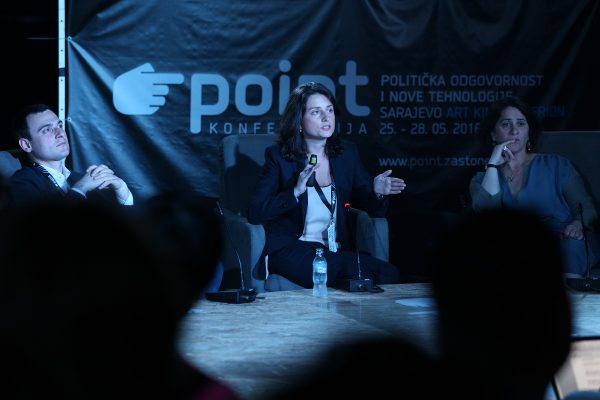 The session focused on the trademark reform of the Georgian government: a successful reform of social services.

Irakli Porchkhidze (Georgian Institute for Strategic Studies) talked about the political aspect of the change. According to him, Georgian government is considered the most transformative in the region and it’s success is based on a holistic approach to challenging corruption. “If vou don’t have a vision at the top level on the lower level the reform with get lost”, he said.

The importance of the reform of social service consists in bringing change to everyday life. Thanks to the reform, tasks like registering a company or a car, getting an ID, passport, or a birth certificate, have become extremely easy and efficient – and all that thanks to some well planned changes such as simplifying the rules, a well created financial plan etc. As Porchkhidze stated, the change of perception was an achievement most important, as it provided the reference point for any other government in the future – it has become a risk for the next government not to reform further.

Former CEO of Public Service Hall, Nino Chiuchua, explained the steps taken by the government to succeed in the reform. As she stated, the important ingredients were: salary increases to discourage bribes and strict policy against violation of integrity rules, but also new infrastructure, IT and e-governance. All the procedures were simplified. There was also a major change in HR policy, when competences became more important than the surname. The bribes, such as that for getting a passport (in the amount of around 300 dollars) have been eliminated.

Nino Evgenidze (Economic Policy Research Center ) agreed on how important it is to have a clear vision of the desired change. She also pointed out the significant financial savings brought about by the reform. As much as 260 million dollars a year have been saved with the introduction of e-procurement only, while, overall, one billion dollar has been saved due to the reform – for Georgia, a more than considerable amount of money.