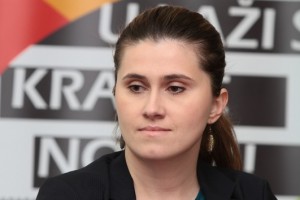 Born in 1983 in Sarajevo. She graduated from the Faculty of Law of the University of Sarajevo in 2007. Joined the team of CA “Why not” on December 2012, as a researcher within the “Istinomjer” project. Before joining “Why not,” she worked on projects of judicial reform in the High Judicial and Prosecutorial Council of Bosnia and Herzegovina, and before that as director of the Sarajevo office of legal-consulting company IKRP Rokas & Partners.