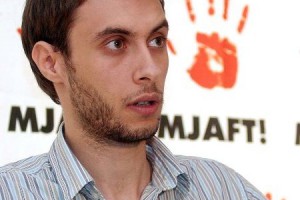 Aldo Merkoci is the director of External Affairs and Media in MJAFT! Movement. He has been recently appointed as a board member of the National Agency for Support to Civic Society (A.M.SH.C).  From 2008 to 2011, Aldo was Director of the Debate Program and Policy Coordinator at the MJAFT! Movement.

In the last years Aldo has been on the spot light on some of the most important civic actions in Albania, serving as a national coordinator for the first national non-political referendum held in Albania during democracy time.  During his work in the civic society sector Aldo has developed a large experience in monitoring government institutions, focusing on elections, transparency and accountability.