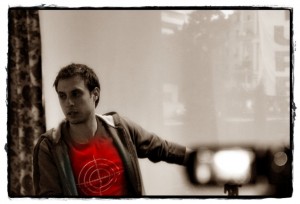 Aldo Merkoci is the director of External Affairs and Media in MJAFT! movement. From 2008 to 2011 Aldo was Director of the Debate Program and Policy Coordinator in MJAFT where he was trainer of the students on different debate formats, trainer of the judges on the debate format and among all the organizer of the volunteers for protests.

Among all he was also CEO Business Without Borders (BWB) in British Council, Complier of the Albanian Youth Parliament Manual in UNICEF Albania and Member of the Youth Council of the Tirana Municipality.