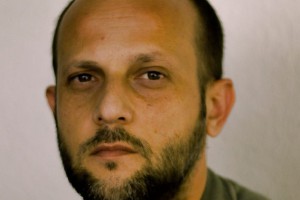 Alen Volder was born on August 1, 1974 in Mostar, where he attended high school Aleksa Šantić receiving a degree in computer programming.  His education includes receiving a CCNP certificate at Cisco Academy in Sarajevo.

He commenced his career in 1994 having started working as an IT support officer in two NGOs – Terre des Hommes and „New horizons“, where he stayed until 1998.  He also participated in a number of project aimed at helping children with war traumas.  At the same time, he was involved in projects implemented by NGO „Apeiron“ Mostar – an organization focused on helping artists and promotion of art and culture as well as helping children with special needs.  Apart from the work he has done with the above humanitarian organizations, he was at the same time involved in a number of projects that were focused on culture.  From 1998 to 2005,  Mr Volder cooperated with Schüler Helfen Leben in Sarajevo, working on a number of cultural projects, and in the early 2000s worked with the Alternative Institute from Mostar on publishing the cultural magazine „Iza“ as well as numerous other short-term projects. As of 2000, he is actively involved in publishing the cultural magazine „Kolaps“.

In 2005, he moves from NGO to business sector, having starting his career in the advertising agency McCann Erickson in Sarajevo, as an IT manager and developer.  He remains in this agency until 2014, leading numerous digital advertising projects.  As of 2014, he has been working as an IT manager, developer and web designer with the Public Interest Advocacy Center (Fondacija CPI) – and organization whose activities are focused on public budgets transparency.

Since the very beginning of his career, in 1994, he has been working as a freelancer cooperating on a number of digital projects with many world and local brands and organizations.