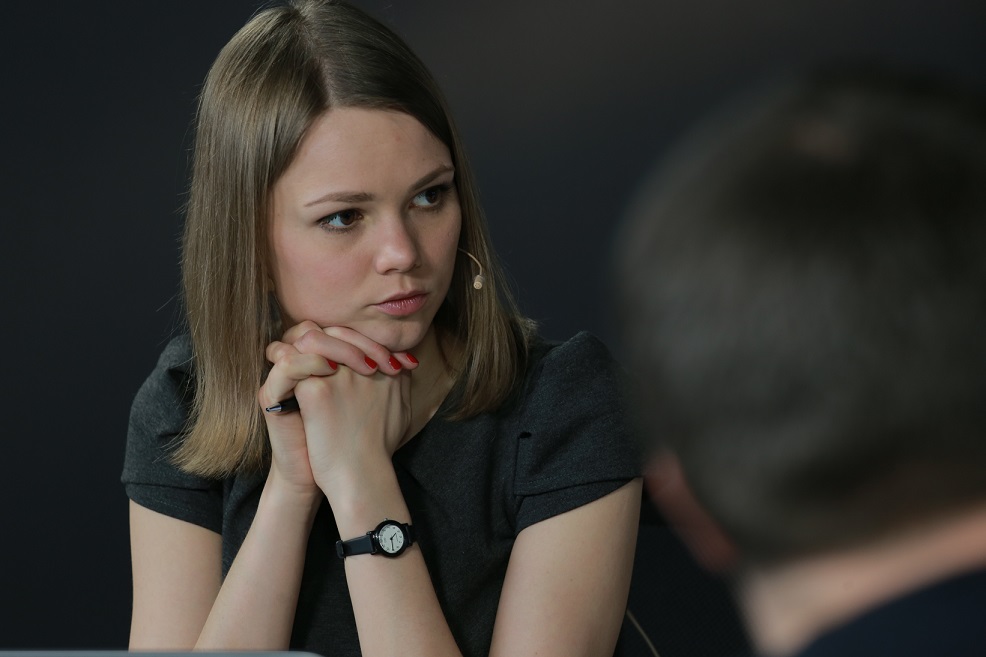 Anna Babinets together with her colleagues in February 2014 started the project YanukovychLeaks.

Actually, on Feb. 22, volunteer divers found nearly 200 folders of documents at a lake at the residence of former president of Ukraine. They had been thrown in the lake to destroy them as people were escaping the compound. A group of journalists and activists has undertaken to rescue, systematize and investigate the enormous wealth of information about the former owners of the residence. The recovered documents are being published on this website to make them available to journalists and citizens around the world. The investigations based on these documents will also be published here and in Ukrainian media.

Anna started her work in national media as a politic journalist in 2002 year. In 2008. she started to make investigations about Ukrainian army, corruption in our government, about oil, gas and energy market. I had been worked as journalist in investigative program Exclamation Mark in TVi channel (Знак оклику, ТВі) for two years.

In summer 2012 with her colleague Dmytro Gnap she started own project – Agency of investigative journalism Slidstvo.Info. – A small non-profit organization which makes investigations (articles and TV-stories) about corruption in Ukraine. In October 2013 Slidstvo.Info jointed to new TV-channel Hromadske.TV (public television) where they have their own TV-program about corruption in Ukraine.

Anna is a member of the Organized Crime and Corruption Reporting Project  (OCCRP).