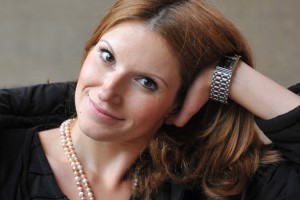 Asja Čengić Kasumović is a Production Officer at Foundation for New Media DOKUKINO and Independent Communications Consultant. Previously she worked for more than five years as Communications Analyst and Spokesperson of the United Nations Development Programme in Bosnia and Herzegovina. Before she joined UNDP, she worked as Head of PR Communications Department at the High Judicial and Prosecutorial Council. Cengic Kasumovic has also worked as PR-Manager/Spokesperson for the Sarajevo Film Festival and as Regional PR/Information officer at the Office of the High Representative. She holds a B.A. in Business Administration (focus on Marketing and Communications), completed at the Anglo-American University in Prague and M.A. in Communications, Faculty for Media and Communications, University Singidunum, Belgrade. For several years, Asja has been a Communications Trainer. Her professional articles were published at “Communications Director” and “Mediacentar online”. From 2011, Cengic Kasumovic is IABC member.