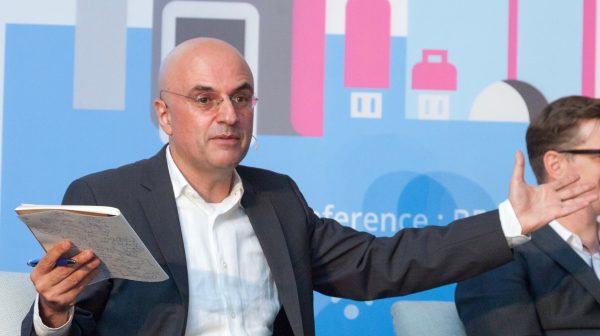 A political scientist with a Masters in Ethnic Nationalism who from the age of 17 was engaged in dialogue and diplomacy between enemies Middle Eastern. After a 25 year career leading international NGOs and projects dedicated to Middle East and Balkan conflict resolution & humanitarian diplomacy, he shifted gear in the past decade to explore the creative power of cities, their institutions and their citizens.

His passion is unlocking the huge creative power of individual citizens and community-based citizen groups to see the city as their playground and work space for developing their creative innovative talent whether entrepreneurial or artistic. To add to the weave he has been producing and directing film documentaries since arriving to live in Belgrade 15 years ago.