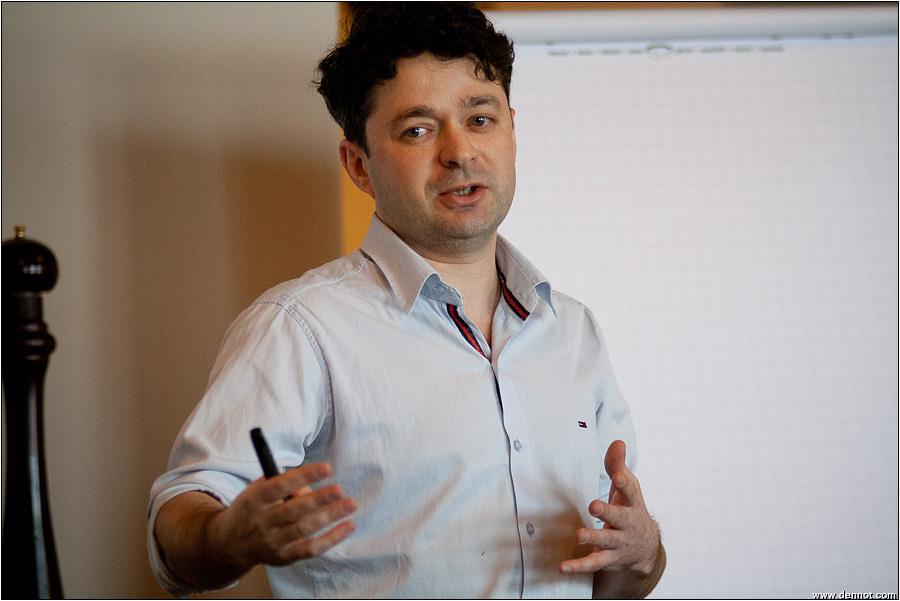 Dmytro Potekhin is a trainer and consultant in strategic planning and nonviolent resistance. He coordinated a nationwide campaign leading to the Orange revolution in Ukraine. His training experience includes helping democracy activists in a dozen of countries around the world.

His background is international relations, he worked as political analyst at the embassy of Japan to Ukraine. The nature of the 2014 Russian aggression in the Crimea was described by Dmytro in one of his 2008 publications.

He holds MA in international relations from the Kyiv Institute of Humanities and certificate with distinction in Democratic Development from Stanford University professor Larry Diamond. The projects Dmytro managed range from a 20-buck startup to save a historical city object to a million project to bring down a dictator and from a city FM/online public radio station to correspondent office of a major international TV broadcaster.

He can be contacted at [email protected]