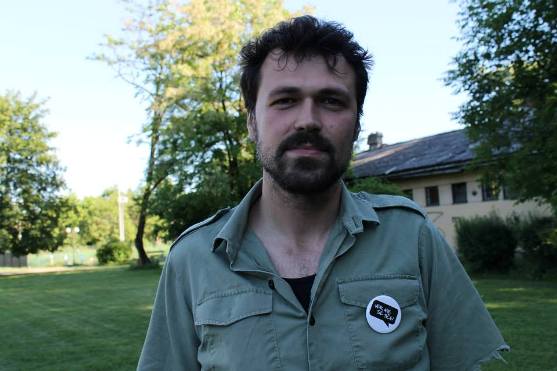 Emir Hodžić is a peace and human rights activist from Prijedor, BiH. He was active in several peace initiatives, including Oxfam (New Zealand), Peace Foundation, GPJA (Global Peace and Justice Auckland), Students for Justice in Palestine, and also helped organize anti-war against war in Iraq. He is active as a contributor for Diskriminacija.ba web portal and other web portals from BiH, with main themes including discrimination, violation of human rights and rights of civilian victims of war. He was also a contributor for magazine “Novo Ogledalo”, participated in realization of Bosnian Youth Program on New Zealand Pacific Radio, and reported from Occupy Wall Street protests in New York City.

Emir is one of the organizers of initiative Stop Genocide Denial from Prijedor, which in 2012 for the first time marked the International day of white ribbons in Prijedor. He is also one of the organizers of the initiative „Jer me se tiče“, which during this year brought together numerous youths from all over Bosnia and Herzegovina who together visited  areas of former concentration camps and commemorated all civilian victims of war.