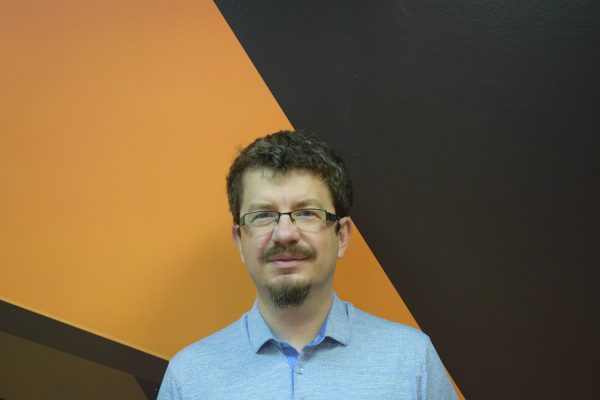 Since 1995 he has been active in the civil society of North Macedonia through  volunteer  projects  in  the  area  of  consumer  protection  and  e-publishing,  and  through professional involvement as an IT expert and contributor to media on digital rights issues.

From October 2012 to April 2017 Stojanovski served as the Chief of Party of the Media Fact-Checking Service (factchecking.mk), a component of the USAID Strengthening Media in Macedonia Project implemented by Metamorphosis that served as model for similar services.  Since January 2018 he is managing the  EU-supported Critical Thinking for Mediawise Citizens – Crithink project (crithink.mk).

As representative of civil society he served as a member of the Task Force for National Strategy for Information Society Development in 2005 and in 2018 was appointed by the Parliament as a member of the Council for Civic Oversight of the state surveillance services.

He holds a BSc Degree in Computer Science from Graceland University (USA) and Masters in e-business management from Université Paris 1 – Panthéon Sorbonne (France).