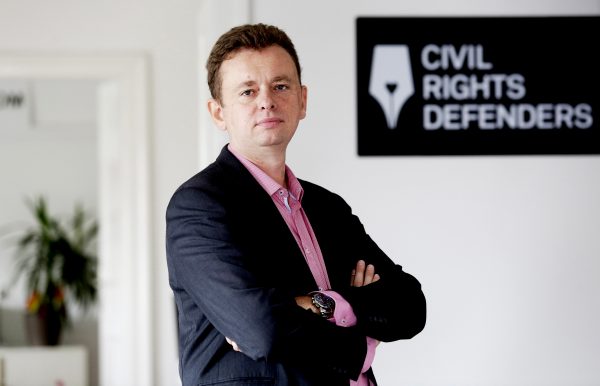 Goran Miletić obtained a Master of Laws from Belgrade University (Serbia) and a European
Regional MA in Democracy and Human Rights (joint programme of the University of Sarajevo
and the University of Bologna). He had previously worked for the Humanitarian Law Centre
(HLC), focusing on Roma, Albanian and Bosniak minority rights. His work included monitoring
freedom from torture and prohibition of discrimination; advocating, lobbying and representing
victims before courts in Montenegro and Serbia. He helped prepare various shadow reports on
the implementation of UN and Council of Europe conventions. He has also worked on the
preparation of applications to UN bodies for Montenegro and Serbia.

Goran started working for Civil Rights Defenders in 2004 and is today Director for Europe for
this Stockholm-based international organisation. His work includes cooperating and providing
capacity for human rights organisations from Serbia, Montenegro, Kosovo, Bosnia and
Herzegovina, Croatia, Turkey, Hungary and North Macedonia. In this time, he has particularly
engaged in drafting and lobbying for the adoption of inclusive anti-discrimination legislation in
the Western Balkan. He prepared and conducted numerous training sessions related to human
rights, prohibition of torture, prison monitoring, advocacy, lobbying and monitoring of human
and minority rights. His lectures included various aspects of respect of human and minority
rights as well as legislation and practice in the countries of the region. While his public
addresses include hundreds of human rights related lectures, guest appearances on renowned
television networks as well as publishing analyses and columns in major media outlets in the
region, and beyond. Mr. Miletić is member of European Commission of Sexual Orientation Law
(ECSOL) and Expert Council of NGO Law within Council of Europe. Since its establishment, he is
member of the Board of Heartefact Foundation. Since 2020, he is Director for Europe and MENA
at Civil Rights Defenders and Deputy Global Director.