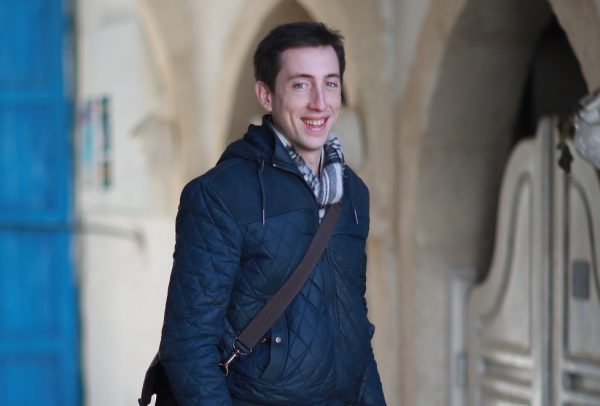 Kevin Coyne is Program Director at Wasabi, a Tunis-based media and communications company that specializes in youth empowerment programs.  In 2015, Kevin launched 3alli Soutek (Raise Your Voice), a national youth advocacy campaign that trains youth in Tunisian civil society to be strong communicators and collation-builders in their communities.

Since 2013, Kevin has worked with Cogite, Tunisia’s first coworking space, to launch projects on entrepreneurship and the creative economy. Kevin is also active in TEDxCarthage, Tunisia’s first and largest TEDx event, as well as other TEDx events around the country.

Kevin is a graduate of the George Washington University with a degree in international affairs in the Middle East and North Africa. Kevin previously worked in policy and advocacy with the Project on Middle East Democracy in Washington, D.C.