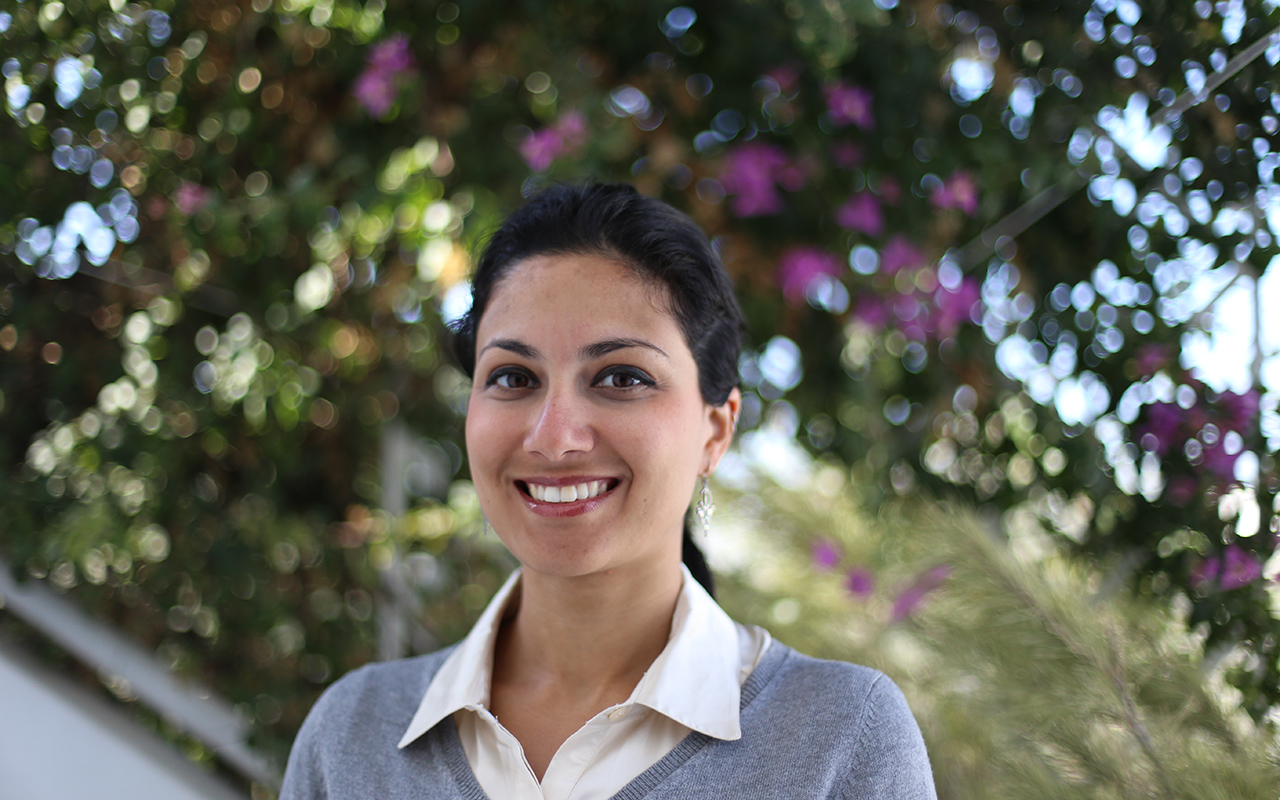 She was born and raised in Carthage, Tunisia, in a family of English and German literature university teachers. After finishing high school, she moved to France, became an engineer and got a high-profile finance job. She did it for 5 years until the Arab uprising broke out and changed her life.

She left her job in Paris in 2011 and moved back to Tunisia to participate in the transition efforts. She volunteered in a social-democrat political party, known for its long opposition to the dictatorship, ran twice for Parliament, and once her party was successful, she joined the governing coalition, advising both the finance and the tourism ministers during two transition governments.

In 2013, she participated in setting up Tha’era, the Arab women network for parity and solidarity.

In 2012, she was honoured with Leaders in Democracy Award from the Project on Middle East Democracy NGO and in 2014, she was nominated Young Global Leader by the World Economic Forum and in 2017 she became New Voices Aspen Institute fellow.

Today, she heads “Mobdiun – Creative Youth”, a non-profit that promotes youth social inclusion and social transformation through arts, culture, sports & technology. It aims to empower and inspire young people living in marginalized communities and regions, by providing them tools and skills to stimulate their creativity as leading builders of the Tunisian democracy.