Lejla Turčilo, PhD, is an associate professor at the Department of Journalism/Communication Science at the Faculty of Political Sciences, University of Sarajevo,where she teaches the following courses: Theory of Media, Media and Politics, Online and Digital Communication and RTV Journalism.

She holds a Masters degree and a Ph.D. from the Faculty of Political Sciences, University of Sarajevo, for which she completed a doctoral thesis titled: Ownership of the Media as a Form of Political Power: Reflections of Global Corporate Media in Bosnia and Herzegovina. 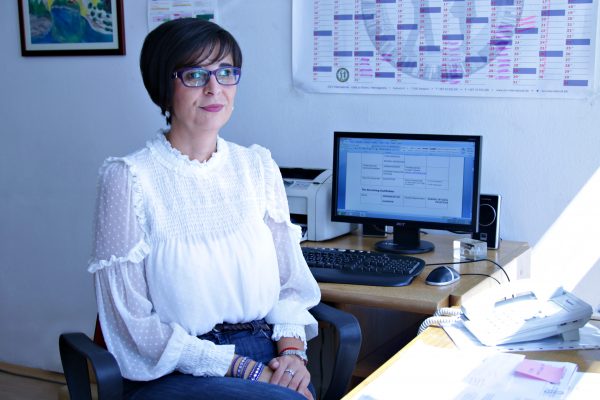 She authored three published books: Views on Media and Society: Articles, Essays, Research (2017), Take the Money and Run: Politics-Media-Business in Global Society and in B&H (2011) and Online Communication and Offline Politics (2006), co-authored three books ( Youth, Media and Politics in B&H with A. Osmić and J. Žiga 82017), Media and Shrinking Space in B&H: Silenced Alternative Vocies with B. Buljubašić (2017) and Information Literacy-Guidelines for the Development of Network Modules with S. Dizdar, B. Rašidović and L. Hajdarpašić (2012)), four research publications (Invisible Europe: Media Picture of the EU Integrations in B&H with B. Buljubašić (2016), Study on Youth in B&H with J. Žiga, N. Džananović Miraščija, D. Kapidžić, S. Bašić, A. Osmić, J. Brkić Šmigoc, Elections 2010: How Media Reported on the Election Campaign with R. Udovičić and D. Marko (2010) and Minorities and Media in Bosnia and Herzegovina with J. Voćkić Avdagić, A. Nuhanović and V. Repovac (2010)), and was an editor of the three Proceedings (from the scientific conference Media and Public Interest (2016), from the scientific conference Media Literacy – Prerequisite for Responsible Media (2014) and Media Accountability: the Challenges of Globalization and the Specifics of the Region (2012).

She is an author of the report on the state of media literacy in Bosnia and Herzegovina, published in 2014 within the project “Mapping Media Literacy in Europe” at the University of Sorbonne, France.