Marija graduated on Faculty of Economics in Skopje in Department of Financial Management.  Her thesis were on rethinking students loans by redefining the applying procedures and creating a strategy between students, universities and banks in sake of raising the quality of the higher education and creating growth for the economy. 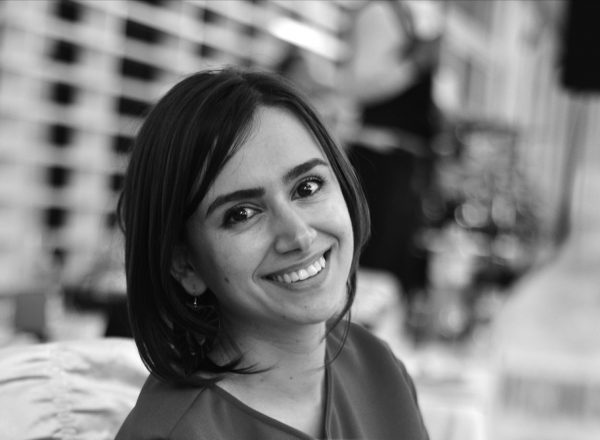 In 2016 Marija was academic coding team associate in the Election Compass Macedonia 2016, a voting advice application that was a pioneering attempt to offer a digital democracy tool in Macedonia.

From 2014-2016, Marija was assistant coordinator of Radio MOF,  alternative online radio that produces independent and objective program content, led by young authors. During the period she worked, the Radio had 31 shows (13 program and 18 music shows). Also during this time, Marija was part of the team of two editions of ENGAGE social activism conference.

In 2013 Marija moved to student dormitory Goce Delchev in Skopje and broke the silence about the conditions macedonian students were living in the state dorms. By initiating Operation Student Dormitory campaign, dorm residents unite in broadcasting content on social media (fb, twitter and blog) on terrible conditions they were living in. Ten days after the start (and having 3 million views on Reddit, and the story covered by Independent and Huffington post) , the former prime minister Gruevski went publicly and for the first time admitted that reconstruction was belated and that students had every right for speaking up. Two months later, the first building out of 4 that assemble the dormitory was under reconstruction. Today 2 out of 4 buildings are reconstructed and 750 students live in normal conditions.

After the dormitory initiative Marija was active in Student plenum (initiative that protested the deadly reforms in higher education system and threatened the university autonomy)  and also part of the Colorful revolution in spring of 2016. Since 2014 she has been writing column for Radio Free Europe on Macedonian language, and have been published for web portals: Okno.mk, Pirej.mk, Radio MOF, and newspapers Nezavisen vesnik and Sloboden Pecat.

In 2017 Marija produced the documentary theater play „And then what?“ dedicated to victims of terrorist attacks in four cities in Europe (Berlin, Brussels, Paris and Nice), two in Turkey (Istanbul and Ankara) and Damascus in Syria.

Today Marija is engaged producing the first performance in Macedonia of Capek’s „The White Plague“ and is researching and publishing on importance of education, culture, free press and anti corruption.  On small land back home she grows corn, beans and potatoes, all organic.