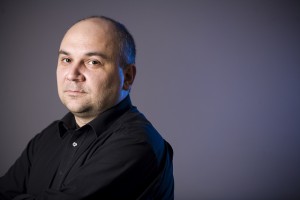 Rakar has a lifelong experience in working/writing for media as well as dealing with the media. He combines his media knowledge with new technologies and was one of the earliest internet adopters in Croatia. He is a recognized lecturer and consultant the subjects of organisation, internet, new media as well as politics and statistics.

Rakar ran or participated as consultant on a number of successful campaigns and races for organisations, parties and independent candidates on presidential, parliament and muncipal elections in Europe, Asia and US.

He had worked on projects for various international institutions such as Council of Europe, European Fund for the Balkans, United Nations Development Programme, Organization for Security and Co-operation in Europe (OSCE), Transparency International, U.S. State Department, Olof Palme International Center, Open Government Partnership and the Croatian Government. He has been for several years member of the jury for the Pollies award of the American Association of Political Consultants and a member of the jury for the World eDemocracy awards.

Im his work with governments and corporations he worked as a data scientist and architect of advanced statistical, BI and predictive analytics systems designed to identify, prevent, and/or disrupt criminal and fraudulent activities, predict customer behaviour, increase process efficencies and simplify decision making.

Rakar studied Philosophy and Information sciences, University of Zagreb, speaks english fluently and is regular collumnist and author to a number of blogs, web sites, newspapers and magazines in Croatia and internationaly.

He is also recognized by World eGovernment forum as one of the “Top 10 who are changing the world of politics on the internet”. Marko Rakar is a vicepresident of EAPC (Europan association of political consultants), secretary of IAPC (International association of political consultants), “School of politics” alumni (by Council of Europe), non-government expert on the subjects of open governance and data transparency and president of Croatian NGO Vjetrenjača (english: Windmill) which is dedicated to bringing transparency and promoting open governance to Croatian and international public.

Since 2012. he is also a junior fellow at the World academy of arts and sciences. In 2013. Marko Rakar received „Informatika“ medal awarded by Croatian Information Technology Association. This medal is given to the organisations and individuals for achieved results in expanding and promoting information tehcnologies.