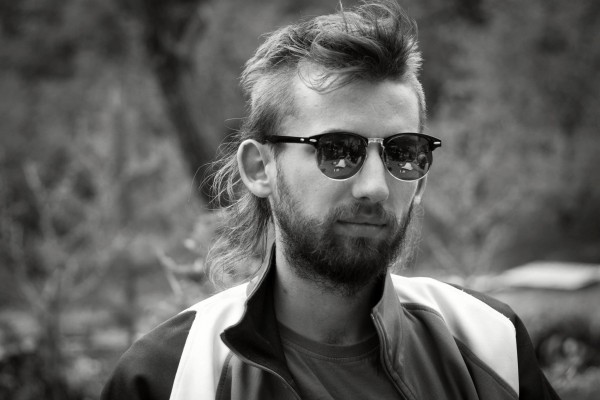 As a part of POINT 3.0, in art cinema Kriterion, several exhibitions and conceptual works from artists from BiH and the region will be presented. One of them is a visual artist Nemanja Čađo from Prijedor who will present his satirical concept „Strong me“.

This work is meant to be a parody on the pre-election campaigna for the local election i Bosnia and Herzegovina in 2012. Reacting primarily to te aestethics and design of political pre-election poster as one of relevant commercials which presents political mission of a local party, I question dedication, responsibility and articualation of political ideas which, presented through their campaigns only apparently (by deception) visualise something that doesn’t concern socio-economic and political context od thir enviroment. 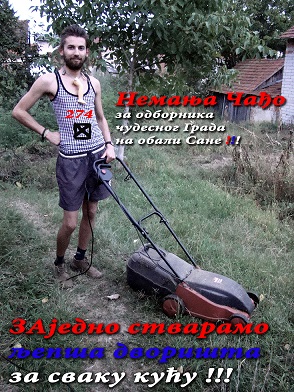 On the other end, political pre-election poster is a media which continually stimulates (by its aesthetics) national and etnopolitical narrative, which than generates segregation on multiple levels showing their party (or a protagonist of the poster) as someone who watches us from above and as the only one who can get us out of current crisis and problems in the process, and in this way bringing the common citizen in a field of simulacrum. Because of politilal illiteracy, which I consider, and am constantly proven right, worse than elementary illitracy, it seems that all our problems are actually solved during political campaigns, by visually deceiving the tired eye of common citizen, who consideres adequate just to see a fragment of his flag and a slogan that asks a question, mostly without an answer in order to indentify him/herself with a protagonist of the poster.

In a monolite etnhincnational construct, the only right way to act on demolishing the newly estabilished classes is true subversion of taking over the aesthetics and identitary politics which already are etablished as tools of political propaganda. By taking over the dominant aesthetics and turning it over into opposite, something of an antiasthetics, I try to engage art in a classical sense for overcoming negative consequences of utter media manipulation.

Nemanja is also a president of Visual artists association Tač.ka from Prijedor, and he had numerous exhibitions in BiH, region and Europe.