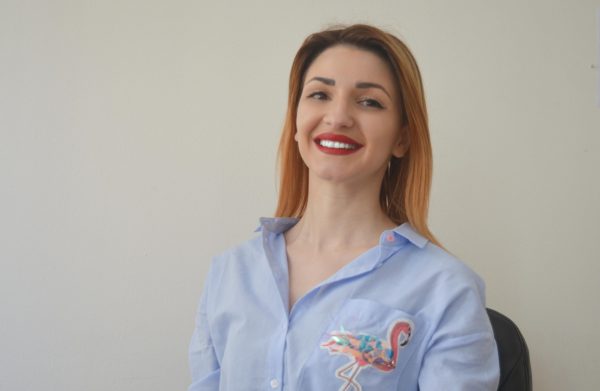 Nina Zubović is a public relations coordinator of the Coalition for free and fair elections ‘’Pod lupom’’ and one of the organizers of Fuck Up Nights Sarajevo.

Her first ‘’NGO steps’’ were during the student’s days when she’s founded Erasmus Student Network in Bosnia and Herzegovina. She was the National Representative for 3 years and the president of a local section for one year. Beginning of her media career was at Face TV where she worked as a journalist and TV host.

After, started to work for Social Inovation Incubator ‘’Munja’’ as a project coordinator and also as an editor of the biggest youth info platform hocu.ba. Next step in journalism was in RSG Media Group. She worked as radio host at Antena Sarajevo for almost two years. As a perfect fit for the mix of her social responsibility feeling and passion for media she started to work for Coalition for free and fair Elections as a PR Coordinator.

Having so many ideas but also so many failed projects she has started, together with her two friends, Fuck Up Nighs platform in Sarajevo. It’s a global movement and event series that shares failure. Each month, in events across the globe, successful people share their own professional failures in front of hundreds of strangers. So, out of the own failed projects, Nina and her friends brought Sarajevo to the Fuck Up Nights global map.