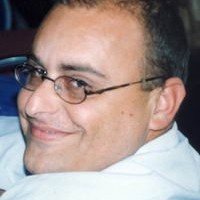 He is a contributor to various printed and electronic media in Macedonia and the region and has appeared also in The Economist, Al Jazeera etc.

In 2004 he is Laureate of the European Commission “Jean Monnet” Journalist Award.  In 1993 he is one of the founders of the France Press service at the Macedonian Radio and Television.

He has participated in various regional Civic and Inter-Governmental initiatives and has also been member of the OSCE Expert group that created the first OSCE Standards for Human Rights Defenders. He is a board member of various bodies and organizations, as Transparency Macedonia.

He also works as a Civil Society and Business Consultant.

Civil Society Research Center (CSRC) exists since 1997 and has been National implementation partner with UNHCR, UN High Commissioner for Human Rights and contributed to various reform processes, as the Visa Liberalization, the creation of the Academy of Judges and prosecutors and is especially known as the first organization that trained lawyers and judges and represented cases before the European Court of Human Rights. CSRC is also known as organization that defends journalist and other victims of human rights abuses before the national and international institutions.