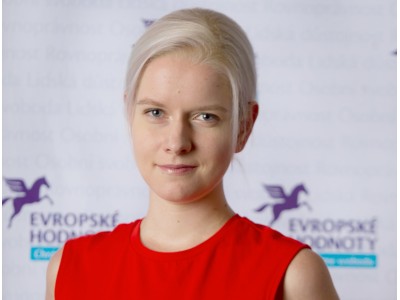 Veronika Víchová is an Analyst and a Coordinator of the Kremlin Watch Program at the European Values Think-Tank. She graduated the Masaryk University in Brno.

She co-authored a study on how Kremlin propaganda portrays European leaders which was published by The Atlantic Council and an Overview of countermeasures by the EU28 to the Kremlin´s influence operations. She compiles the Kremlin Watch Briefing, a weekly newsletter on disinformation and influence operations for more than 7.000 European experts, journalists and officials.

She participated in the Transatlantic Fellowship Program in Washington DC organized by the World Affairs Journal, which she spent at the office of Senator Rob Portman. She has graduated from the New Security Leaders Program 2017.