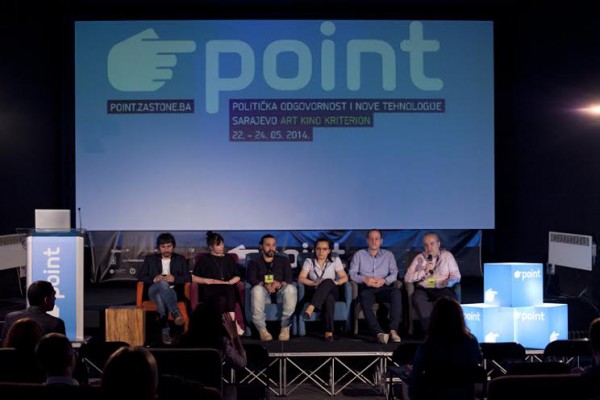 The second day of POINT is off to a great start! It’s always great when you talk about success stories, and that is exactly what we had in the opening.

Nikola Bulatović, a programmer from Montenegro talked about their „Be responsible“ project. Basically, it’s a platform where citizens can report problems in Montenegro, and if a problem is reported, an investigation will be launched. What makes this project great is the fact that half of the money collected from the fines is reinvested in projects in Montenegro, chosen by the citizens. This way, almost 230.000 euros were invested in projects from which citizens can benefit (equipement for the hospitals, etc.)

He’s not Kevin Costner, he is Darko Ivanović, Robin Hood from Montenegro. He also solves problems of ordinary citizens, through his show, which is, by the way, three times more popular than the central informative program in Montenegro. Impressive is the fact that every sixth citizen of Montenegro was in the show at one point in its eight years of existence. Right now, Darko and his crew are making a transition to web, an idea they ‘stole’ from Sarajevo. Great guys, and a great job are they doing!

Zoran Kuret talked about how CRM (Customer Relations Management) can help in crisis management, and the answer is: in many ways! Because of their versatility, CRM systems can be used for multiple things. As we learned, it can be useful for collecting the needs from the field and organizing the distribution of aid, and communicating with the media and the government, well, pretty much all of the stakeholders. 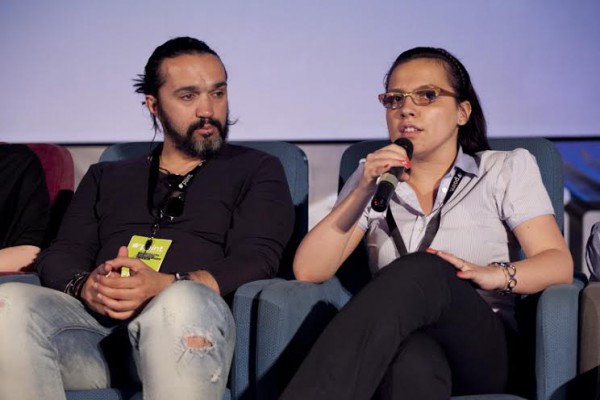 – five apps for treasury monitoring. First, money map provides information on the budgets in the past few years (planned and actual!). Bubble tree is an app that visualizes the budget and provides citizens with an overview of budget categories, a cool thing to do, being that budgets can be boring sometimes. Daily bread tells you how much money are you giving to which area through your taxes. Another part of Open spending Albania is Fund diversion. Great feature of this app is that it identifies most discriminated areas of the budget. They also do monitoring of state treasury spending, and although they had problems with transparency from the government, things are now much better. Keep up the good work!

People vs. Floods was the name of Srećko Šekeljić’s presentation. Srećko talked about government and citizens response to the devastating floods in Serbia. The general summary is that the government response was poor, and even that there is many reasons for that, but one of the main ones is poor infrastructure. However, the politicians were ready, and acted accordingly to the „Never waste a crisis!“ moto, and they were all over the media. As for the citizens, they were probably the only strong point in the crisis. The mobilization of citizens was remarkable, and in our opinion, that mobilization was the main reason that this catastrophe wasn’t even worse, thanks mostly to the radio-amateurs and people with Twitter who were the main sources of uncensored and exact information.

Vildana Drljević from Dokukino talked about Open ideas for Health-care monitoring. Dokukino people are constantly reinventing themselves, being they are always on the frontlines of innovation. They work all around the region. In Bosnia, their efforts are on improving the healthcare. They want to make tools to monitor what is happening in healthcare, where are 1.3 billion dollars spent. All of that information will be available on their site www.otkucaji.net. In Serbia, they are trying to build a community to monitor the spending the donations for flood relief and in any way possible help with the relief itself. Check it out and help on www.udruzeni.org!