This session addressed how the pandemic impacted the mental strength of activists and people in general. It presented practices in self-care, especially during the pandemic. Panelists focused on NGO activists and this branch of work, on how this affects them. 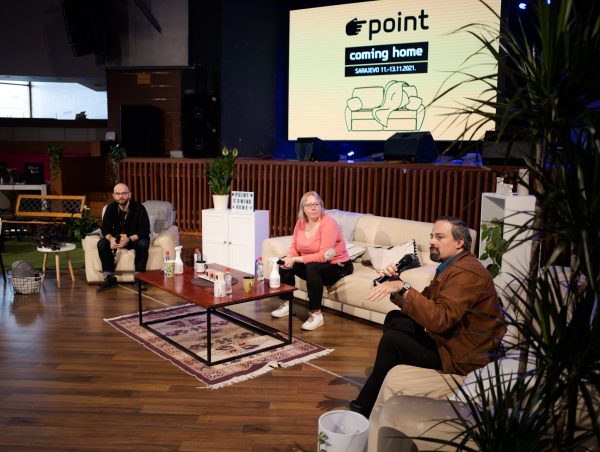 At the beginning of the session, Anna Kuliberda, the founder of “The Radical Act of Self-Care”, asked the audience to pair up and gave them a few questions to ask each other for two minutes. Once the time has passed, she informed everyone that they engaged in self-care, because having a conversation can help calm the nervous system.

Kamil Śliwowski from Otwartezasoby.pl noticed this sense of agency when, during lockdowns, people organised on social media to get supplies to people in quarantine or to those who are sick. Also, during womens’ protests in Poland, in a time of pandemic, a lot of people were watching protests via screens. However, experiencing a protest via screens made them loose the sense of agency because what they were left with was increased levels of stress, and it was induced by the fact that they were watching something important to them and felt they could not join in and help. This is the example of how digital interfacing impacts the wellbeing and sense of agency. Kamil pointed out that in the digital age, as activists, we only focus on reactive stuff.

Bojan also talked about the sense of resignation which an audience member mentioned as an issue. He called it “learned helplessness” which comes to light when the sense of agency declines.

Bojan noted that people have to physically protect their health. That means taking care of sleeping patterns, what you eat, how much you exercise, all of that is important to overcome the physical challenge of stress.

Bojan told a story about a doctor from Europe who, at the beginning of a pandemic, said “go ask Ronaldo or Messi to find the cure”. He concluded with a point that we still have a world in which a fashion model may come close to being a billionaire. He thinks that that kind of a world is to be feared more than a world where a particle of genetic material causes this kind of situation.

At the end, Anna said that she is a huge fan of how young people (in their early 20s) communicate. They are more vocal on mental health issues. She said that we think of them as entitled. We may think that they want too much, but according to Anna, they are the first generation that might not walk in the shoes of the generation of baby boomers.