Advocate for the issues that don’t only affect yourself, says Emma Holten. 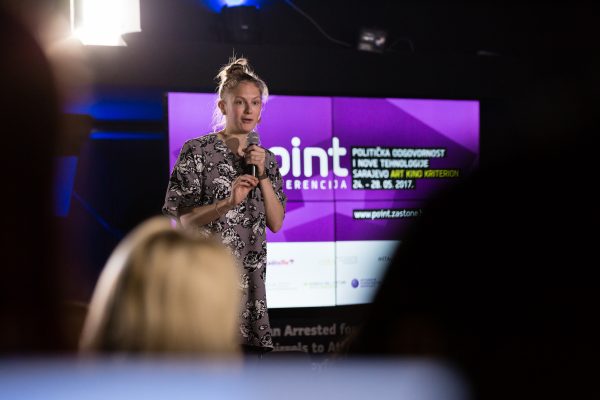 At the beginning of this activist session, Aida noted that what happened to Emma five years ago was terrifying, but so were people’s reactions to the whole thing. “It is not the same when a man and a woman is insulted online,” she concluded, adding that Internet has became an source of misogyny.

Emma, who was not a feminist or an activist before the incident, explained that the reason for her passivity was the belief that feminism is not needed anymore, especially in Danmakr, where she lives. Then, when somebody exposed photos of her naked body all over the internet, her perspective changed. “I became a victim and got surprised by the level of online misogyny. Seems like true opinions on women and women’s rights, are somehow made more visible online, as with some other issues, including racism.”

Asked if that means that internet is worse that the real life, Emma said that she is still looking for the right answer. “What became apparent to me, is that sexism is much more difficult system to understand than I was aware. In Danish society, many people think that sexists are poor people and Muslims. As a victim of abuse, I can say it is not true. But, it is taboo to talk about sexism among the elite,” Emma concluded based on her own experience.

Aida and Emma also discussed the growing sentiment in the world we are living in, that we have lost our right to privacy. That is exactly what this activist from Denmark is fighting against.

“The term ‘private’ was never really defined. Privacy is about consent, and that is what people often forget. We have different opinions on what the limits of our privacy are,” she said. 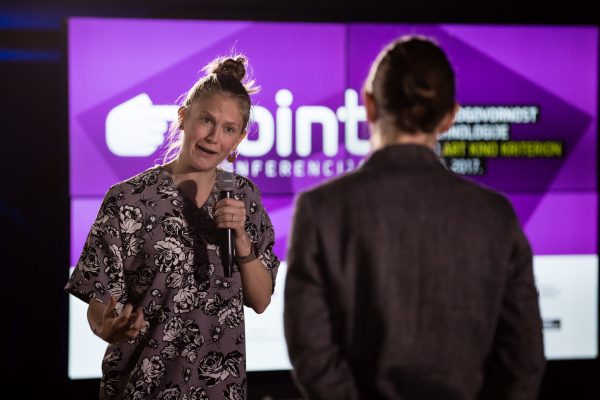 Nevertheless, her quest for the protection of freedoms online, and in the real life, is often used by the politicians to justify more surveillance, and that is something all activists in this field have to fight against. Emma believes that education is the answer: “Always have an education platform, whatever activism you are doing.”

“Internet is developing in full speed. It revolutionizes democracy and freedom of speech, but we have to be aware that we have created a completely new public space, where strangers can be in touch with each other. In order to protect that rights, and our basic freedoms, we need well-functioning regulations,” she added.

Finally, she stressed that being a feminist and fighting for equality – as well as fighting to protect the right to privacy, freedom of speech or any other right – is, and always has to be, a political struggle.