Tamar Wilner opened the session by talking about the growing problem of science misinformation online, specifically regarding things like climate change and vaccinations. As a US media and science communication researcher, she researched misinformation about cancer and alternative medicine that might cause people to abandon scientifically confirmed medication. 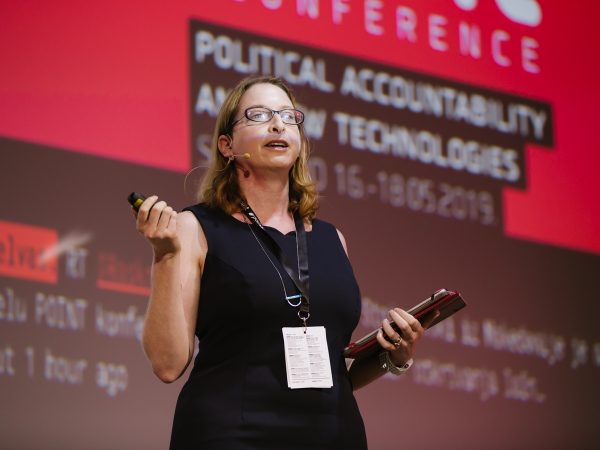 There are good and bad ways to combat misinformation. The indications show that it is counterproductive to give derogatory names to people who have misperceptions about science when writing an article to debunk misinformation.

It is better not to trigger identities, but to find a good expert who is in some way on the side of people with misperceptions (whether through their religious or political beliefs or otherwise), telling a good convincing story, using the right graphics which do not spark negative reactions, and most importantly – expressing respect.

Tamar believes respect is the most important and efficient way to combat science misconceptions and misinformation. Having misconceptions is universal human tendency which combined with the weird way that we get information now which is unlike anything that we’ve evolved for.

Tamar also introduced the audience to Metafact, a fact-checking platform which encourages people to ask questions and connects them with identified experts who answer them using verified evidence. In this manner, Metafact facilitates established consensus on controversial scientific issues to be shared freely and openly.