Pussy Riot Theater, a punk collective led by Maria (Masha) Alyokhina, is a uniqe way to tell the story about activism, struggle for freedom, and the much needed change in the society, or, as they call it, the revolution. A cultural revolution, in this case. 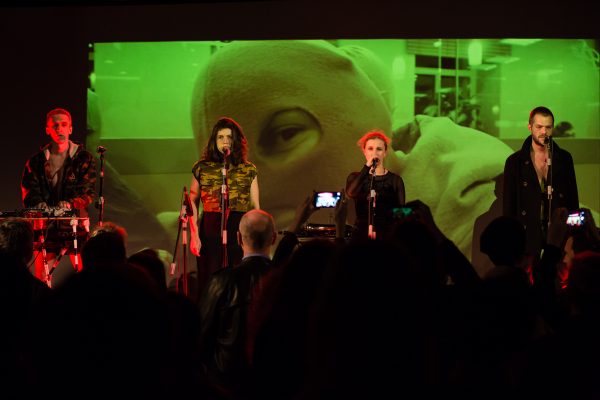 The story is set up in Putin’s Russia, but many parts could be easily transferred all over the world, including the Balkans and Bosnia where it was performed.

In short, the play is Masha’s story of becoming an activist, protesting, running from the police after the famous performance in the church in Moscow, and about her years spent in prison. The stage is simple: huge projection screen where one can see the visuals accompanying their narration, and a translation of what members of collective are talking, yelling or singing in Russian. Following the subtitles, visual footage, and the live show is sometimes challenging, but it doesn’t take away from this energetic performance, but rather adds another dimension to it. 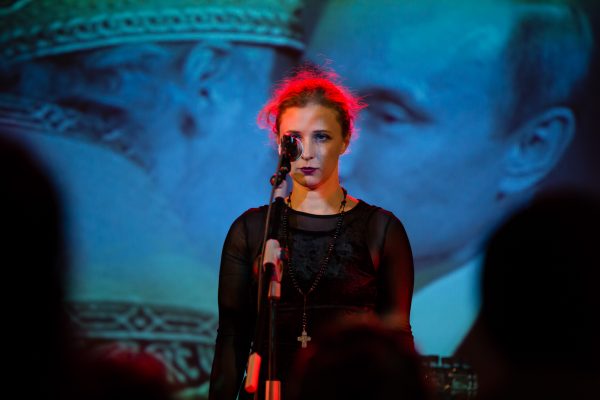 Masha was arrested after she and other members of the Pussy Riot group, the feminist punk collective, held a performance in Moscow cathedral in 2012. They describe it as protest directed at the Orthodox Church leaders, who were supporting Putin during his election campaign. It lead to two years in prison for three members of the collective, who were charged for “hooliganism motivated by religious hatred”.

The play is based on Masha’s book “I Felt Free”, that will soon be published. Masha is accompanied by , Nastya and Max of the music duo AWOTT (Asian Women On The Telephone) and Kyril Masheka. The project is produced by Alexander Cheparukhin and directed by Yury Muravitsky, one of the leading Russian theater directors, winner of “Golden Mask” annual Russian theater award. At the beginning, the audience was introduced to the play as a manifesto of punk, and invited to react and take part.At the end of the performance, Masha turns to the audience and the music stops as she asks: “Are you free?” forcing every visitor to ask themselves the same question, and hopefully starting to think about the so much needed change that will lead us all to be free.