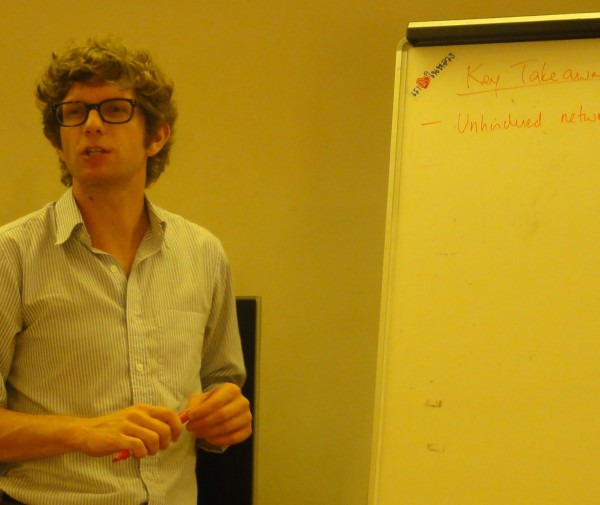 The first day of POINT 2.0 will feature Ian Schuler, a leading innovator in the use of technology to advance democracy and human rights. Over the years, he has assisted hundreds of civil society organizations, political movements, and government institutions in more than 40 countries to utilize technology for political reform and citizen empowerment.

As a founder of the New Rights Group (NRG) Ian is active in developing online digital tools and communities  for advancing and promoting democracy and human rights.  Until recently, Ian managed Internet freedom programs for the State Department’s Bureau for Democracy, Human Rights, and Labor. Ian oversaw a growth in the State Department’s Internet freedom portfolio from $20 million to over $100 million. Ian’s stewardship of Internet freedom funding helped to grow a community of organizations at the intersection of technology and human rights.

At POINT 2.0, Ian’s presentation will offer insight into utilization and effect of new technologies on building a democratic society and promotion of human rights through examples of implemented solutions around the globe.

During a decades work for the National Democratic Institute (NDI), Ian was instrumental in building the field of technology for democracy. Ian was a founding member and manager of NDI’s ICT unit, where he presided over creative marriages of new technologies and tactics for political reform. His pioneering work on SMS messaging in election observation helped to earn NDI recognition as one of the Top 10 Who Are Changing the World of Internet and Politics by Politics Online and the World e-Democracy Forum.

Presentation Democracy in a Networked World will be held on Thursday, 23rd of May at 17:30