The chair of the session, Darko Brkan has kicked off the discussion by indicating that the upcoming panel was a continuation of the previous debate on disinformation but set in Balkans context. Reflecting the global trend, as he noted, Balkans was not new to the theme of fake news, but recently it had experienced a surge of interest and need to address the challenge of countering fake news and media manipulations across the region, that have led to an introduction of different platforms that have been introduced to combat the phenomenon. Comparing and contrasting those existing initiatives in the SEE region, a variety of similarities and differences between different practices in the region have been identified during the panel. Participants of the panel have highlighted actions on two levels regarding debunking the fake news. Firstly, producing questionable content in the media has been identified on a lower level of media research on higher, more complex level. Another similarity referred to the methodology adopted, described later.

Presenting his work on debunking fake news and media manipulation Emir Zulejhic has highlighted a huge gap between the politician and the final message conveyed. Raskrinkavanje, the platform he works on goes beyond the simple true and false scenario and presents 15 levels of how the citizen are manipulated. Analysis educate the reader and point out to the problems. Consequently, Raskrinkavanje produces a fake news media red list that indicates that a website is publishing fake news. Platform has been functioning with help of the readers who send a link of any article that is believed to be manipulated.

Vesna Radojevic from Raskrikavanje has started her contribution by emphasising the importance of trust and credibility in the media sector. She has pointed out to the fact how the organization she represents despite being the first organization in Serbia to tackle the issue of fake news already had a good start of being credible due to the affiliation with the Crime and Corruption Reporting Network which has built reputation over the years. Continuing her contribution, Vesna has discussed a series of challenges that prevent successful tackling of fake news and media manipulation such as ignorance of state, limitations of the freedom of media and media literacy. She claimed that media literacy as well as IT literacy should also be an issue that should come as top of the agenda of the government. Lastly Vesna has highlighted that there is a dichotomy in thinking and lack of real understanding why journalism is important for democracy and the society. Stefan Janjic from Fake News Tragač has discussed 3 main sources and motivations of fake news and media manipulations. In the taxonomy he provided, copy paste journalism based on producing as much content as possible where the credibility is not of prime importance was identified as the least dangerous motive. Secondly, Stefan has referred to the product placement and marketing driven journalism that reflects how crude and influential fake news can be. He explained the magnitude of the implications of the widespread phenomenon by bringing up an example of the healthcare supplement that is added to the newspaper, used for the product placement. Namely, once per week a gold mean of healing cancer such as green ginger or magical food from Russia manipulates the desperate audience and naturally, alters their behaviour patterns, promoting. Thirdly, Stefan referred to the political factors and the classic propaganda about successes of the ruling party and the failures of the opponents.

The solutions regarding tackling fake news that have been agreed on to a great extent referred to education and educating the citizens. Secondly, transparency of ownerships and funding of the media outlet has been highlighted. Namely, as Emir Zulejhic argued, information regarding who is the owner of the media outlet, as well as the journalists that the entity employs and how the media outlet is financed is a crucial mechanism in diminishing media manipulation. Stefan Janjic has shared a good practice example from Serbia where media literacy will become a subject on primary and secondary schools in Serbia. However, as Aleksandar Brezar has emphasised, media literacy is not the only challenge as no critical thinking is deployed. Lastly, Aleksandar has emphasised that no competition is the field of debunking the fake news is in place as “the more, the merrier” approach that features collaboration is needed. 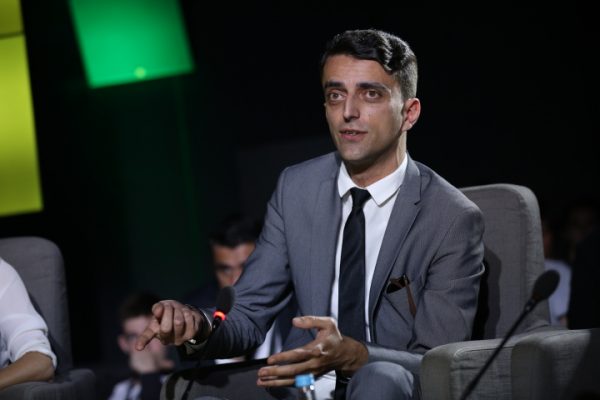 Aleksandar Brezar has highlighted the importance of the integrity of media and ethics of the media. He has been working on the topic for 6 years and the fake news concept worried him mostly due to the fact that while trying to discuss the topic with the media professionals- there is not a direct response. While media professionals, Aleksandar argues, are aware that they are analysed in terms of the content, but they rarely public statement admitting they made mistakes. Aleksandar, aligned with other panellists in the session has expressed a common concern that fake news analysis produced are not taken seriously, mostly by the media in the region. Although set in the regional perspective, the panel did not omit the global dimension of fake news and fact checking phenomenon. Panellists highlighted that gut feelings and critical perspective should be adopted as credible media also make mistakes.