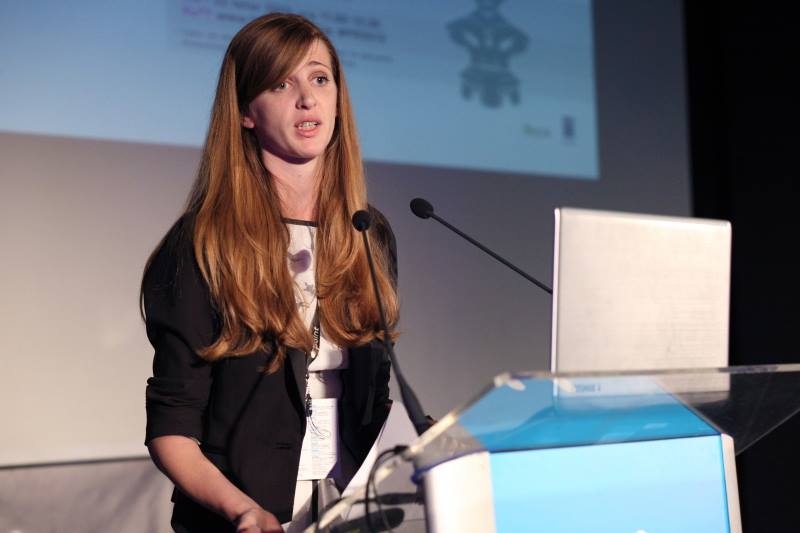 At the outset she gave a brief introduction outlining the current situation in Kosovo, and also a review of numbers that tell the users of new technologies in Kosovo.

“We now have 80% of internet penetration and over 100,000 users of smartphones on a daily basis, which is great potential that can be exploited in initiatives for responsible government,” said Sadiku.

Lejla presented ongoing activities in Kosovo related to enhancing the cooperation of various stakeholders, which resulted in a platform for corruption reporting in Kosovo.

This platform forwarded over 100 cases to the competent judicial institutions and they have somehow been processed.

“Everything we do depends on the people who take responsibility and react. Otherwise we would not be able to raise citizens’ awareness and their commitment to responsible government in this way, “said Sadiku.

She also presented other projects that are implemented in Kosovo, whose aim is citizen engagement and dissemination of debates about improving the community.