Oraclum Intelligence System, a British-Croatian start-up based in Cambridge has become globally known when they, contrary to the most polls and predictions, incredibly accurate, predicted the victory of Donald Trump in the presidential race in the United States. One of the founders of the company, physicist Dejan Vinković will be an exhibitor at the panel discussion dedicated to the recent US presidential election within POINT 6.0 conference. 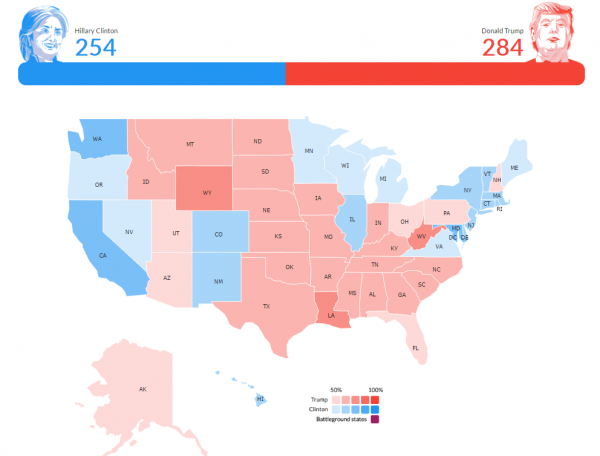 A small team of scientists consisting of Vuk Vukovic and Dejan Vinković and Mile Šikić, not only successfully predicted the Trumps victory with the help of the sample from social media, but they predicted and that he will win in the so-called “swing states” (Florida, North Carolina, Ohio, New Hampshire and Pennsylvania) and win more electoral votes than Clinton, even though he will have less total votes.

Dejan Vinković will present at the POINT conference, method by which they performed prediction of election results. Oraclum’s scientific method, so-called Bason poll, is novelty in the world and gives quite accurate prediction even on a smaller sample. In Oraclum they previously successfully predicted the results of the referendum on leaving the UK from the EU (the so-called. “Brexit”), and the same was method applied and perfected during the elections in Croatia in 2015 and 2016.

Bason survey is based namely on the principle of “the wisdom of the masses” (wisdom of crowds) and apart from the question “for whom you will vote” respondents are asked  “who they think is going to win in their country or region” and “what they think what will the others in their country to answer that question. ” In this case, the survey was conducted on 450 subjects, who participated via Facebook and Twitter.

Normally, Vinković does research on various topics in the fields of astrophysics, biomechanics, socioeconomics, predictive models of choice and unemployment, as well as the use of GPUs for scientific and numerical modeling. He received his PhD in physics at the University of Kentucky, and after that he worked four years at the Institute for Advanced Study in Princeton. Since April 2007 he was a professor in the Department of Physics, at the University of Split, after which in 2016 he moved to Hipersfera as C.S.O.