The last panel of the second day of POINT 8.0 was special as the name and face of the Egyptian speaker was hidden for security reasons and for that purpose we called Azra Tatarevic. 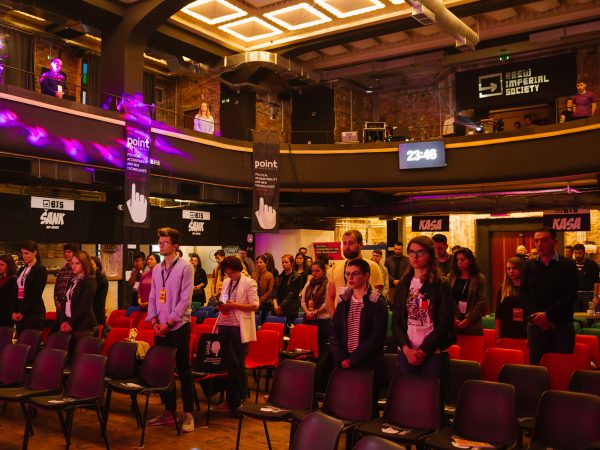 The project “Killed in Egypt” is a platform to commemorate the death of every story and to honor those who were killed in Egypt.

The initiative “killed in Egypt”  is based on documenting the extrajudicial killings in Egypt since 2011, telling the stories of the victims, humanize the lives behind the numbers and putting pressure on the government to stop the systematic practice. The initiative also is based on  seeking truth, justice, and accountability for the victims in addition to denouncing violent solutions for political conflicts.

Azra discussed the Methodology of the project that is collecting data, fact checking, creating the database, collecting stories, and interviewing families.

According to Azra, the project has the most massive information about extrajudicial killing since 2011 as its database includes more than 2000 victims and more than 100 stories.

Azra also highlighted the importance of this project as forgetting crimes makes them easy to be repeated and using just numbers make it as if it is normal thing to happen in Egypt, not to mention that the regime in Egypt is afraid from media and truth and Azra and her friends are determined to make this their nightmare. Through telling the victims stories, Azra endeavoured to save new lives.

The Egyptian speaker enumerated her expectation for the next 5 years  and she asked the audience for help by reading the stories and publish them , spreading the word about the initiative , joining her efforts, donation , and to connect with the initiative for any kind of support.

Azra at the ends mentioned the challenges that she is facing among which the security risk that even scares the stakeholder.

The panel touched many of the audience especially those who came from conflict zones or post conflict zones who are familiar with extrajudicial killings.