Maarten Schenk is expert on fake news, and as he said it, he hunts fake news for a living. On Point 8.0 he told a story on how a  photo of tattoo on a twitter profile picture led to uncovering network of fake news websites from Macedonia who published fake news on English language. 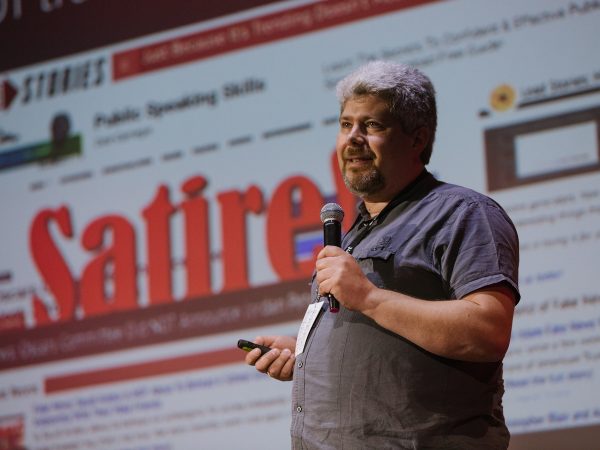 Investigation into who is behind network of Macedonian fake news sites which spread fake news via several Twitter profiles, all named Jesica, until investigators found that one of the profiles was registered before others. Through Google cash they discovered that profile picture of that account wasn’t always the same. This Jesica used to go by “dapcevski” in 2016 and her profile avatar used to be some kind of shield with the letter “M” in it.

A Google images search for “dapcevski” revealed a link to the page of a pyrography (wood burning) artist from Kumanovo, Macedonia on Facebook. Another Google search revealed someone named “Saso Dapcevski” had left a comment on that page.

Someone going by that name used to have a Google+ profile using the exact same avatar, and clicking that avatar revealed that the “M-in-a-shield” was a big tattoo on someone’s shoulder. Searching Saso Dapcevski on Facebook gave result of a man who happens to have that exact same tattoo!

With that lead investigators started looking into who else was spreading links to sites in the network using a variety of other tools and techniques and they found out Dapcevski was just one node in a much larger network of fake news websites from Macedonia.