Second day of this year’s POINT 2.0 Conference started with the session titled Making Impact with Government Monitoring in Different Ways.

The session opened with Kamil Gregor (Kohovolit, Czech Republic), presenting information about their organization Kohovolit.eu – who do you vote for? Organization is registered in two countries, Czech Republic and Slovakia. Kamil presented a list of the projects on which they currently work. One of the most successful projects is a smartphone application which visually shows and compares state budgets over time, from 2004 onwards. Another project of theirs, is a platform which visualizes the voting records at the Parliament and reveals how the Members of Parliament change their politics and positions (it is visually possible to see whether they changed their position over time)). Next interesting project that he presented was the application for advising voters in Czech Republic. Citizens can send messages to government representatives and receive answers directly from them. Last project that he presented was a campaign aimed at helping politicians to adopt anti-corruption laws. The idea is to go directly to all 261 Member of Parliament and ask them to sign a document which states that they will adopt these laws.

Sandor Lederer (K-monitor, Hungary) talked about their goal to draw the corruption map of Hungary, by presenting stories of people related to corruption they have witnessed themselves and corruption stories presented in media.  Monitoring survey in Hungarian press and all stories connected to corruption and spending of public funds (or mismanagement of funds) were tagged and monitored. They also collected and compiled the articles where the politicians denied that corruption occurred.

He also pointed out their current project called Network. The aim of the project was to connect business people and the politicians in database. They try to establish the connection between them, by collecting all publicly available information. Around 10% of Hungarian GDP is spent on public procurement, and it is also important to collect this data and see who spends this money and who are the receivers on the other end of spending.

Vukosava Crnjanski Šabović (CRTA, Serbia) first presented the political situation in Serbia, underlining that the Government is perceived as something untouchable, that there is lack of trust, and very low participation in the democratic processes.

She presented a project OpenParlament.rs. They evaluate statements of politicians, advocating for transparent and accountable decision-making, and they aim to increase the accountability of Member of Parliament to citizens, and to increase the trust of the citizens in MPs. She also mentioned the challenges while doing their work, first of all MPs did not understand their role in the Parliament, that they are accountable to the citizens not to their party, also a limited access to parliamentary information and documents. 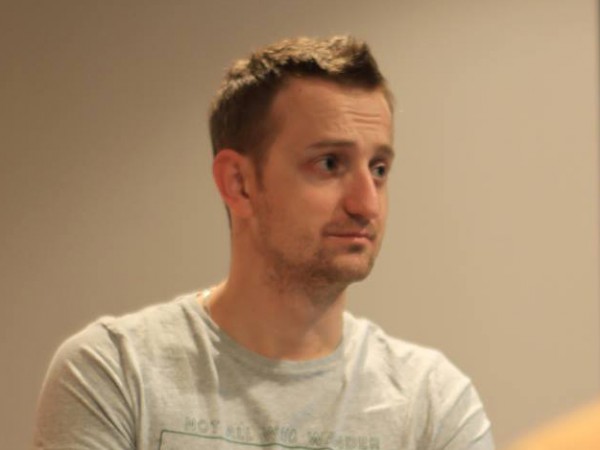 Edin Deljkić (Sredisvojgrad.org, BiH) presented their organization and the work they do. Their aim is to design open source – efficient channel of communication between citizens and the authorities, where people can not only report their problems but also receive solution to their problems. It would be a community oriented platform for citizen to collaborate on promoting and fixing issues in their environment. It is web-based platform, but also with mobile applications for iOS and Android – simple tool which allows the users to take a photo and report the problem. Since they are in the middle of development, he just presented a part of their prototype.