Arnaud Lumet started by explaining what “En Marche Movement” means. Moving the Republic forward. He stated that he worked in the campaign of the newly elected president Emmanuel Macron. Arnaud said that Macron was different candidate compared to previous presidents, and his approach was the most pragmatic way of problem-solving. 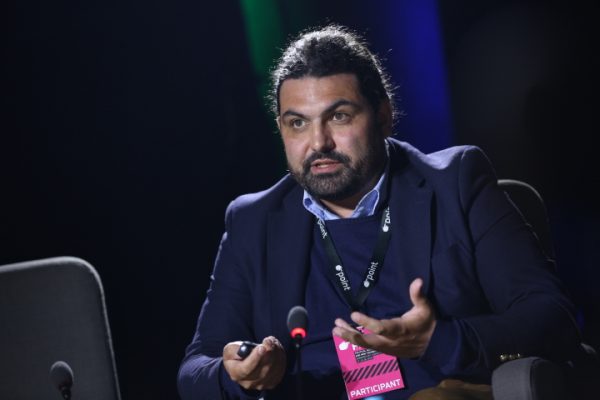 En Marche Movement was the essential part of Emmanuel Macron presidential campaign. It is a pro-European and republican movement which has a political context in three different segments Political division, transparency, and connection between representatives and citizens.

The platform of En Marche Movement was something that was never seen before in presidential campaign in France. Everyone could join the movement for free, and even if they were part of different political party if they agreed with ideals of movement they could join. The truly revolutionary part of the En Marche Movement was that every single individual could join and create their own committee, this gave unprecedented levels of freedom to members of movement. The self-organised committees could later do their discussions, consultations and workshops. As a part of the movement there was the action called Le Grand March which was one of the biggest door to door campaigns in France. The En Marche Movement principles were fairly simple when it came to winning their voters.

Workshops and joint program after the elections, the vision of France in future and honesty towards the voters in regards to budget cuts. En Marche Movement is still raising in membership even today, and they are working hard in order to empower their members through various workshops which consist from both political to economic to legal trainings. Arnaud said that they are not stopping with France and their plan is to establish En Marche Movement across all of the European Union.

Presentation from this POINT 7.0 session are available HERE